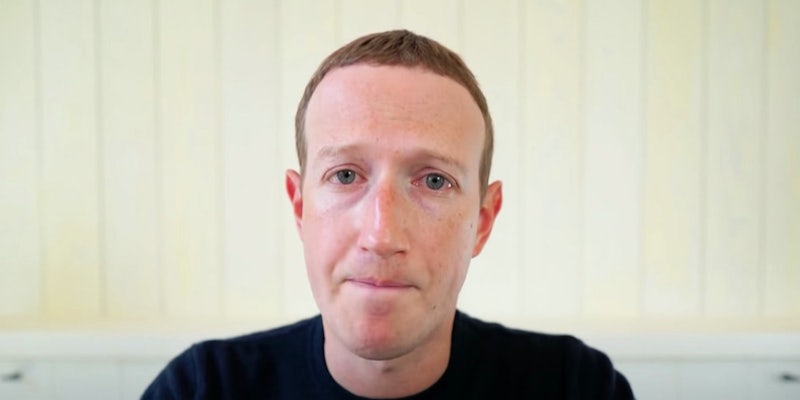 Zuckerberg denies that Facebook is a ‘right-wing echo chamber’

Facebook CEO Mark Zuckerberg claimed the social media network is not a “right-wing echo chamber” in an Axios interview on Tuesday.

Facebook in particular has come under scrutiny, as their top-performing posts consistently come from the extreme right-wing, despite outcries from prominent Republicans who claim social media censors them. But yesterday, Zuckerberg refused to call Facebook a place for the far-right.

“Well actually across the spectrum, I do not think this is a Democrat or Republican thing,” Zuckerberg said.

Every name on that list coincides with the right or far-right except Belgian actor Jean-Claude Van Damme and South Korean girl-band BLACKPINK.

“I think your characterization is frankly wrong,” Zuckerberg said. “I don’t think that the service is a ‘right-wing echo chamber’ to use your words. I think that everyone can use their voice and can find media that they trust that reflects the opinions and life experiences that they are having.”

Former Reddit CEO Ellen Pao said Zuckerberg clearly is not aware of the content on his own site.

“Facebooks CEO isn’t very familiar with his site…” she tweeted.

At one point in the interview, Zuckerberg said that people are talking about meaningful, nonpartisan, and mainstream news. Then, he pivoted to admit that the most engaging posts are polarizing.

“It’s true that partisan content often has a higher percent of people who see it, engaging with it, commenting on it, liking it,” Zuckerberg said. “But, I think it is important to differentiate that from broadly what people are seeing and reading and learning about on our service.”

He said these “partisan” topics are the current discourse of the country and not generated by a Facebook algorithm.