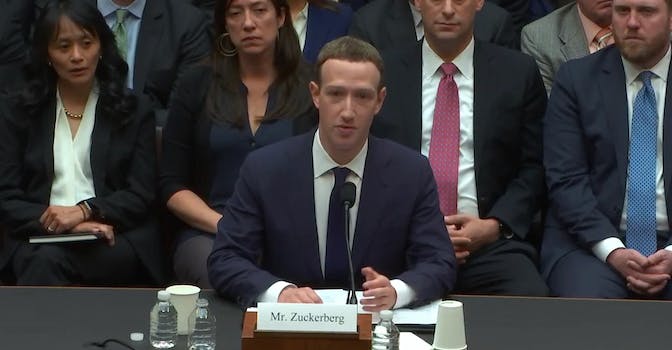 The revelation came during his 2-day testimony before Congress.

Speaking to Rep. Anna Eshoo (D-Calif.) during his testimony before the House Energy and Commerce Committee, the Facebook CEO included himself with the 87 million people who had their personal information stolen by the political data firm.

“Was your data included in the data sold to the malicious third parties. Your personal data?” Eshoo asked in a quickfire round of tough questioning.

After a slight hesitation, Zuckerberg answered affirmatively but didn’t go into further detail.

Zuckerberg started his second round of hearings on Wednesday morning, not long after completing a five-hour marathon session in front of the Senate. Zuckerberg kept to a tight script during the high-profile hearing but said he doesn’t believe Facebook is a monopoly and denied Palmer Luckey was forced out of the company for his political views.