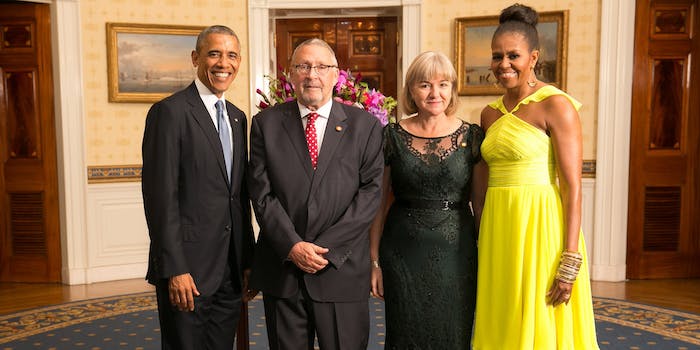 Only white people care that Zambia’s new president is white

The only people who seem to care are people living in other countries.

Earlier this week, Zambian President Michael Sata died in London from a terminal illness which he had hidden from his country. Stepping into his shoes was Sata’s vice-president, Guy Scott, an experienced Zambian politician who has served as the the president’s deputy since 2011. To the Western media, however, the most important thing about Scott is the fact that he is white.

Zambia, formerly the British Protectorate of Northern Rhodesia, peacefully gained its independence in 1964, unlike its famous southern neighbour Rhodesia (which is now Zimbabwe). Because of its history, Zambia has mostly avoided the racial tension afflicting other former African colonies like South Africa and Zimbabwe. To most of the population, Scott is simply a Zambian and an African; his skin colour doesn’t enter the equation at all.

Guy Scott is as Zambian as any Zambian I’ve ever heard speak. So what if he is white?

In 2011, Scott himself described the country of his birth rapidly evolving “ from a postcolonial to a cosmopolitan condition.”

Despite the faux-shock created by news organisations like the BBC, CNN, and other non-African sources, Zambians—and Africans in general—were largely unconcerned about Scott’s ascension to the presidency. Some even saw it as an example of their country breaking down racial barriers.

OH MY GOD our interim president is white! Do not chat to me about Africa not being progressive. #ZambianPresident #RIPSata

The irony is that the western media probably cares more about #GuyScott‘s whiteness than Zambians do. I’m looking at @BBCWorld, etc

I see no point of this being an issue if Guy Scott qualifies according to the constitution. So what if he white anyway!

Photo via U.S. Department of State