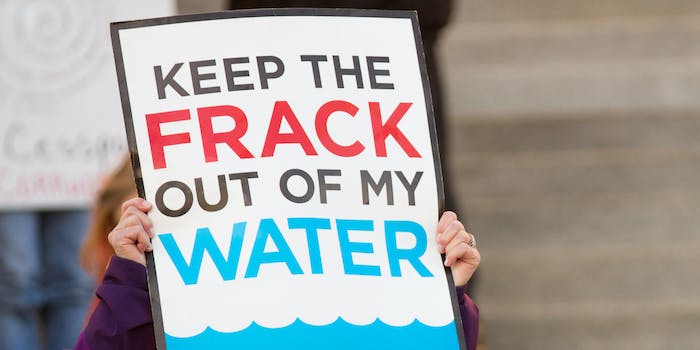 What is WOTUS, Trump’s latest target?

The Obama administration vastly expanded which streams and wetlands are protected by the Clean Water Act.

President Donald Trump is taking steps to dial back the Obama administration’s 2015 Clean Water Rule, better known as the Waters of the U.S. rule or WOTUS.

But what exactly is WOTUS? The rule defines the jurisdiction of the Environmental Protection Agency (EPA) over rivers, lakes, and other bodies of water that play a “crucial role in controlling sediment, filtering pollutants, reducing flooding, providing habitat for fish and other aquatic wildlife.”

WOTUS was based on the EPA’s interpretation of the Clean Water Act of 1972, which called upon the agency to “restore and maintain the chemical, physical, and biological integrity” of our water and protect it from pollution and degradation.” That included the development of publicly owned water treatment works. More importantly, at least for WOTUS, it nixed a requirement that that said federally regulated waters must be big enough to be navigable by ships in interstate commerce, according to the Congressional Research Service.

With its Clean Water Rule in 2015, the Obama administration broadened the federal government’s authority on major bodies of water even further. As the New York Times noted, the 2015 Clean Water Rule gave the EPA and U.S. Army Corps of Engineers broad authority to limit pollution in major bodies of water, like the Chesapeake Bay, the Mississippi River, and Puget Sound, and any other streams, wetlands, or ponds that feed into or help protect them.

Environemtantlists loved it. But critics of the EPA’s enforcement actions—from farmers to energy companies—have fought back against Obama administration rule in court, complaining that it violates property rights and kills jobs.

Dozens of lawsuits and a nationwide stay ruling issued by Sixth Circuit Court of Appeals back in August 2016 halted the EPA and the Army Corps of Engineers from implementing the contentious Clean Water rule.

An executive order issued by Trump directs both the EPA and Army Corps of Engineers to begin a formal review of the Clean Water Rule and ensure it adds to economic growth. Both agencies will then likely take steps to dismantle or weaken the 2015 Clean Water Rule by rescinding regulations and rules that are incompatible with the Trump administration’s platform on the environment.

EPA Commissioner Scott Pruitt, who as Oklahoma attorney general led the fight against the Obama administration’s environmental plans, seemed to know Trump’s executive order was coming on Saturday at CPAC.

“We not only sued, we won,” Pruitt told CPAC attendees on Saturday, according to Climatewire. “We stopped WOTUS.”