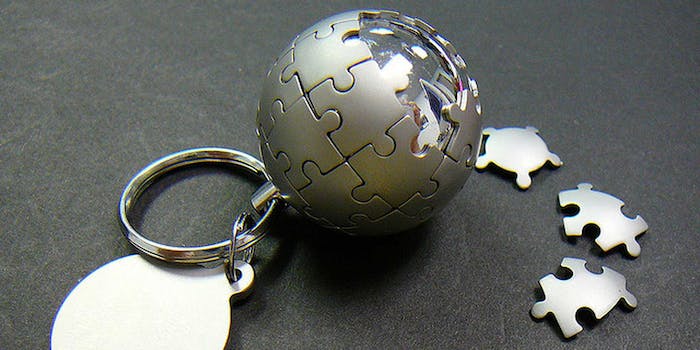 Wikipedia is rolling out a new, easier-to-use editing interface designed to make the site more welcoming to would-be Wikipedians.

Following several years of declining participation among its contributors, Wikipedia is rolling out a new, easier-to-use visual-editing interface designed to make the site more welcoming to would-be Wikipedians.

But in their pursuit of more users, the Wikimedia Foundation may be alienating the old guard—the editors who have made the site what it is.

The long-planned VisualEditor went wide earlier this week, becoming the default edit setting for all of Wikipedia’s logged-in, English-language users. The “What You See Is What You Get” (WYSIWYG) editing tool, is designed to make creating or editing a Wikipedia page more like using WordPress or Tumblr. The visually intuitive system aims to replace Wikitext, the esoteric syntax by which pages have always been edited in the past.

VisualEditor has been in the works for years and a alpha, opt-in test began earlier this year. It’s no secret why Wikipedia is trying to fundamentally change the core of its editing process after 13 years. Since 2006, Wikipedia has seen a clear drop-off in the number of editors contributing to the site. That year, the site boasted roughly 50,000 editors. By 2011, an internal study found that number had declined to 35,000.

“The main reason for introducing VisualEditor is to make it easier for everyone to contribute to our projects,” said Jay Walsh of the Wikimedia Foundation. “The steep learning curve of Wiki syntax—the code that makes Wikis possible—is one of the most commonly cited reasons that new editors don’t stay involved with the projects.”

Walsh told the Daily Dot that the foundation hopes VisualEditor will encourage more contributions globally, particularly in the under-represented Arabic-, Portuguese-, and Indic-language versions of the site.

Only time will tell if VisualEditor can reverse the decline in Wikipedia participation. It is clear however that would-be Wikipedians are running into quite a bit of resistance whenever they wade into the choppy waters of the online encyclopedia’s unique subculture.

A study commissioned by Wikipedia and published in the American Behavioral Scientist journal found that Wikipedia’s increased focus on accuracy guidelines led to a sharp uptick in the number of new editors having their initial contributions rejected. In 2006, the rate of reversions among new editors was 6 percent. By 2011, new editors were seeing their first contributions to the site rejected at a rate of one in four.

The Wikimedia Foundation craves widespread participation, as numerous studies have shown that the quality of the site improves when there are more editors representing a greater range of diversity.

However, this quest for new Wikipedians may be taking place at a cost. At least that’s the argument from some veteran editors who took to Wikipedia discussion boards to air their grievances about the new editing system.

Many of their complaints concern the manner in which VisualEditor was introduced to the majority of editors. Wikipedian Rannpháirtí Anaithnid said there was not enough notification given about the upcoming change or how to opt out of it. He also said that beta testing a still glitchy program on a pool of editors this large was putting VisualEditor above the overall quality of the site.

“Believe it or not some folk[s] here want to produce an encyclopedia,” Anaithnid said. “The live environment is not a suitable place for this kind of experiment. And that’s before I say anything about how disrespectful the lack of communication and involvement with editors ahead of deploying this change to the live environment is.”

Though public discussions have occurred on Wikipedia forums and a watchlist for news on the rollout was created, Anaithnid said he didn’t feel like the site’s administrators did enough to brace current editors for the transition. Others editors felt the transition was handled so badly that they demanded the Wikimedia Foundation take corrective actions, sending out a site notice to all editors with a clear link to the opt-out page.

Despite these complaints, the Wikimedia Foundation seems determined to continue with the rollout. VisualEditor is still planned to become the default setting for non-account-holding users later this month, before going live on non-English versions of the site.