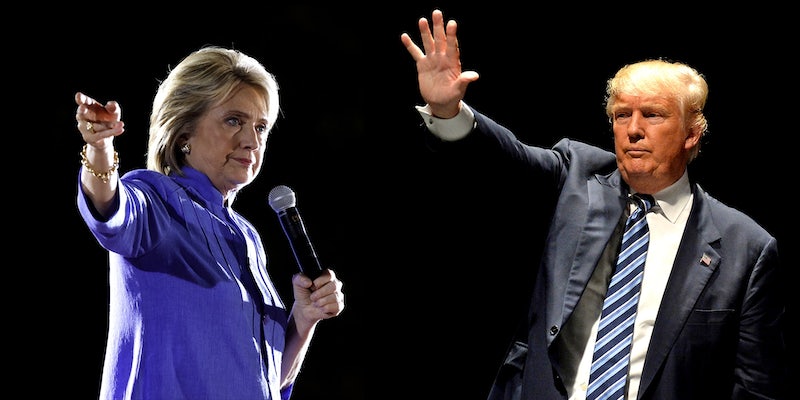 The race for the White House is coming down to its final days. So, who’s leading in the polls ahead of Election Day on Nov. 8? At the moment, the winds are in Hillary Clinton‘s favor.

Polling is a much of an art as it is a science, with each pollster using slightly different methodologies that produce divergent results, even with the same sample data. So, no single poll should be taken as definitive. Instead, by looking at a number of poll aggregations and other measures, it’s possible to get a solid sense of the overall state of the 2016 presidential race.

An average of eight tracking polls taken between Oct. 30 and Nov. 6 compiled by Real Clear Politics puts Clinton’s lead over Trump at 2.6 points in a head-to-head race. That number rises 2.9 points, when Libertarian candidate Gary Johnson and Green Party candidate Jill Stein are added to the mix.

The Huffington Post‘s model, which is based on an aggregation of recent polls, shows Clinton’s support at 47.5 percent compared to Trump’s 42.3 percent—a 5.2-point lead. 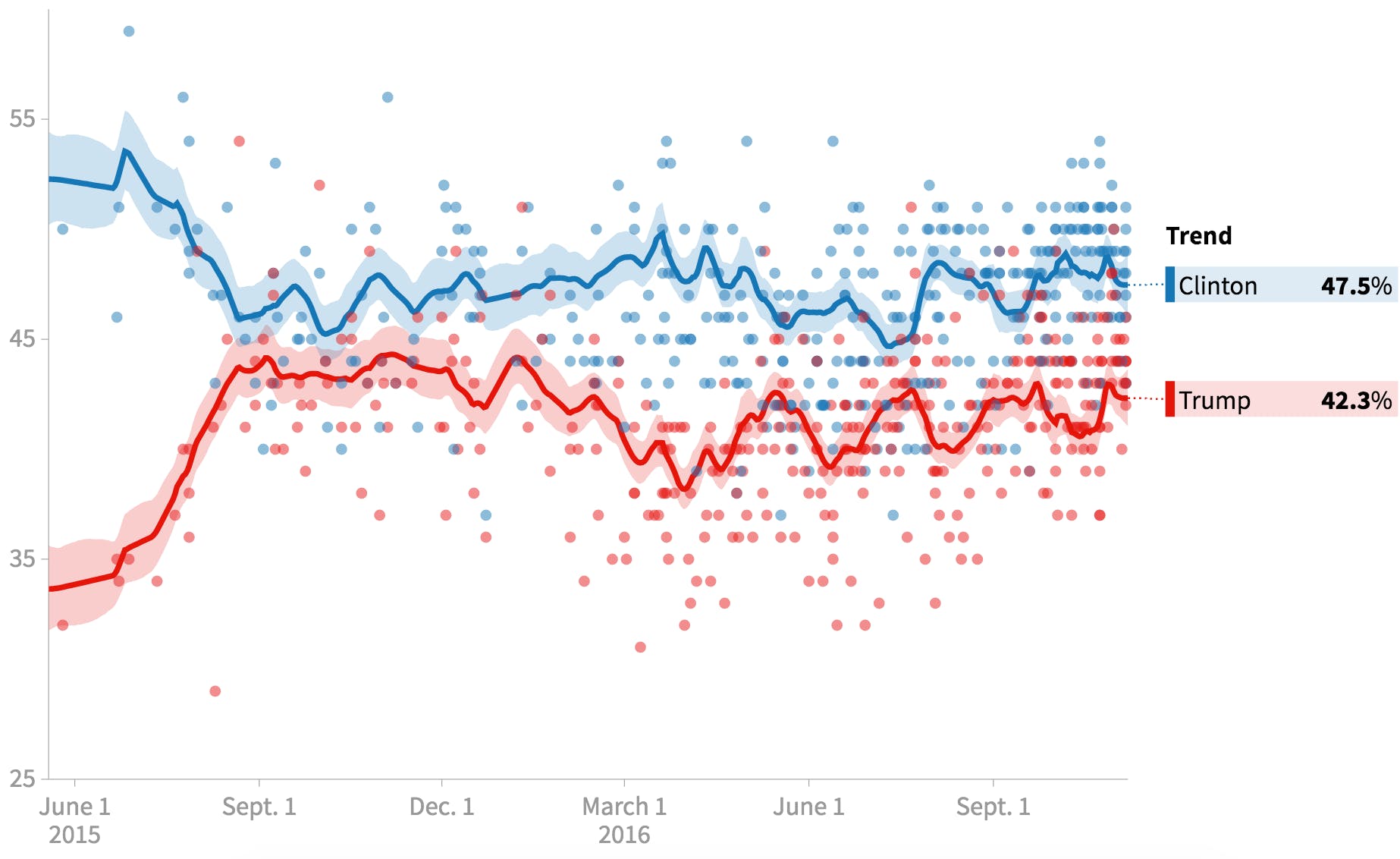 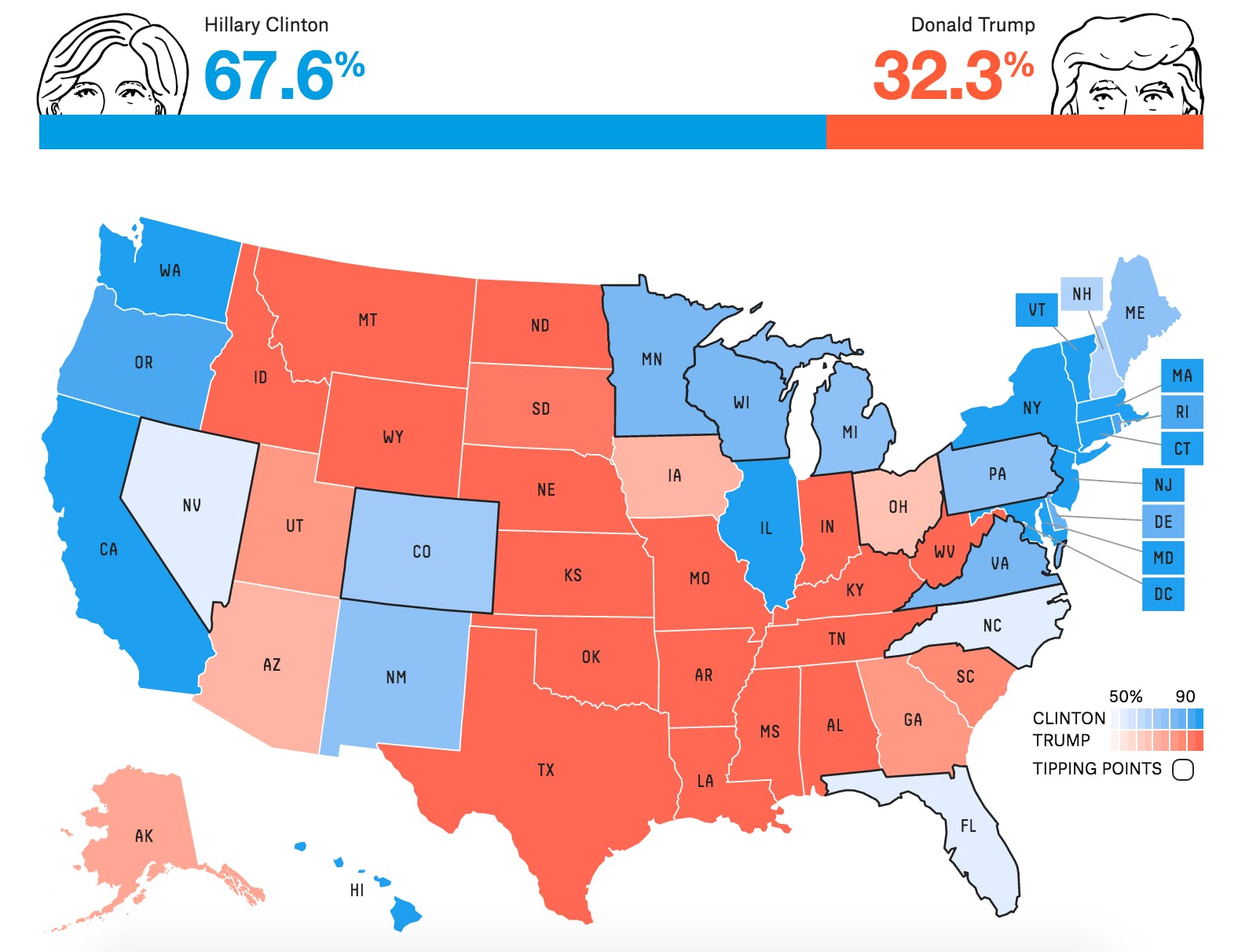 On the site’s Now-cast, a jumpier measure that’s supposed to show what would happen if the election were held today, Clinton’s odds of victory are elevated to 68 percent.

A poll tracker maintained by the BBC, which takes the median value of the five most recent national polls, puts Clinton at 47 percent and Trump at 43.

Polls aren’t the only way to measure the temperature of the electorate. On the online betting market PredictIt, wonky gamblers can bet on the outcome of the presidential election—and the market’s collective wisdom has been shown to be a fairly accurate predictor of elections. PredictIt’s market for the 2016 presidential election gives Clinton a 81 percent chance of taking the White House and Trump a 20 percent chance.

We will regularly update this piece with the latest numbers from the Clinton–Trump race.