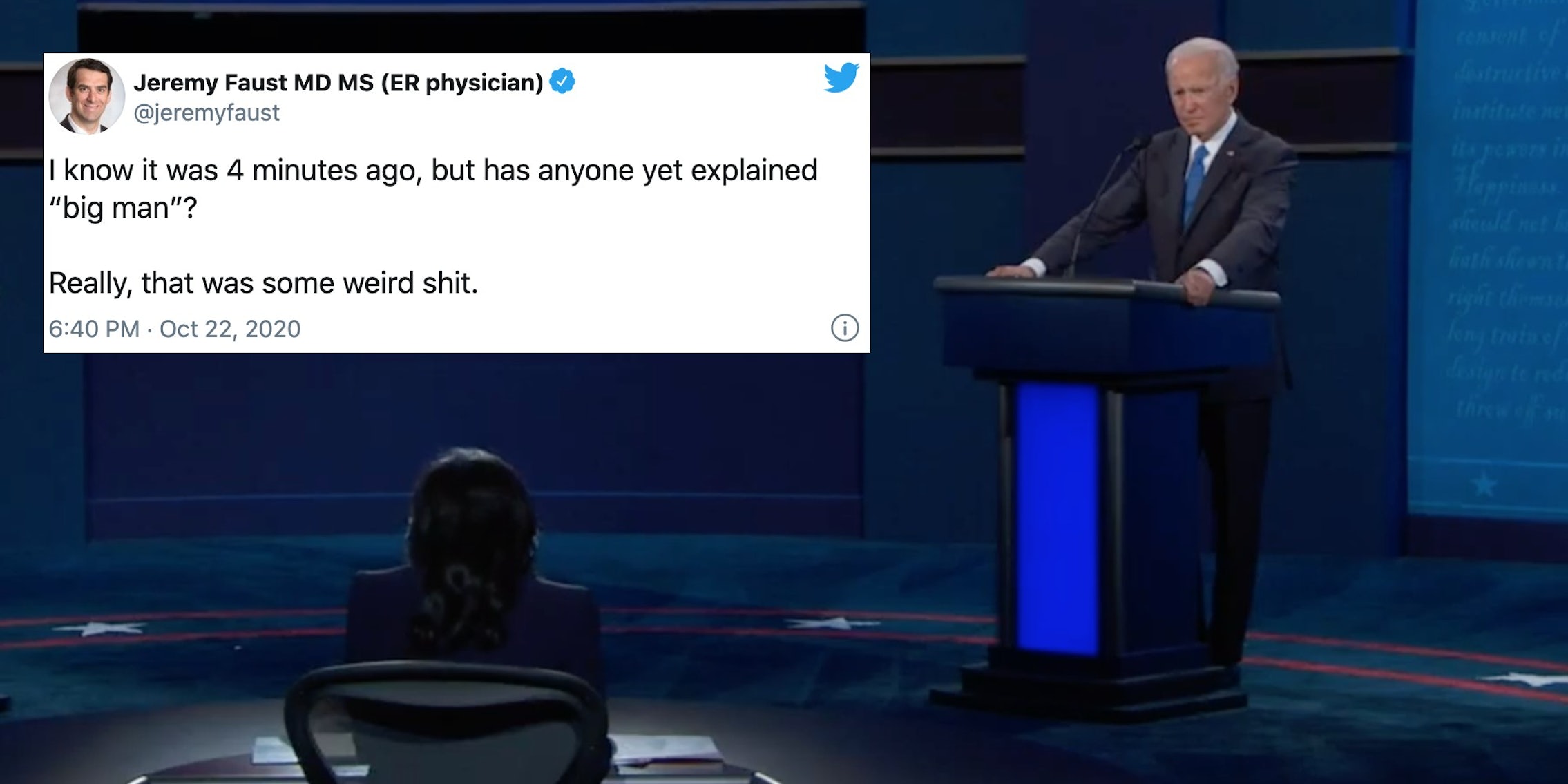 Why does Trump keep calling Biden ‘Big Man’ at the debate?

Outside of conservative circles, no one has any clue who exactly the 'big man' is.

President Donald Trump referred to Democratic presidential nominee Joe Biden as the “big man” on Thursday during the second and final presidential debate. But why?

The term “big man” is supposedly the name Hunter Biden gave to his father in unverified emails and texts that were allegedly found on a laptop in Delaware.

Given that the laptop saga is convoluted and filled with countless conspiracies only popular among Trump’s supporters, the majority of users online appeared confused at the term.

“I know it was 4 minutes ago, but has anyone yet explained ‘big man?'” @jeremyfaust asked. “Really, that was some weird shit.

With so many confused at who exactly the “big man” is, users began coming to their own conclusions.

Trump-supporting conservatives, however, were giddy at the mention of the obscure term.

But such users were in the minority, with the majority of users online merely using the opportunity to make memes.

Despite attempts by Trump to inject the laptop story into the debate, it appears the “big man” story didn’t quite land as intended.