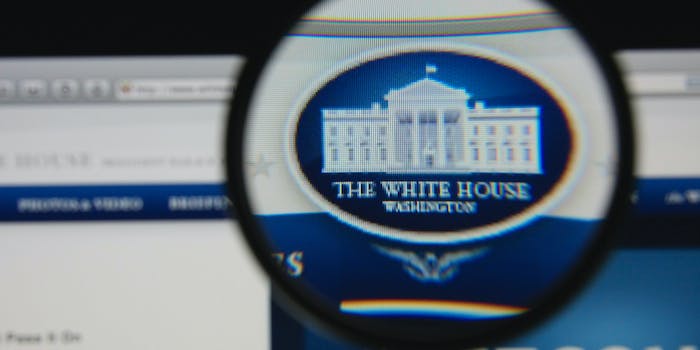 A coalition of government watchdog organizations on Monday plans to sue the Trump administration in a bid to compel the White House to make public its visitor logs.

The new suit will be filed in the U.S. District Court in Manhattan, brought by plaintiffs the National Security Archive, the Knight First Amendment Institute at Columbia University, and Citizens for Responsibility and Ethics in Washington (CREW).

CREW brought a similar legal action in 2009 against the Obama administration, forcing a settlement that began the practice of routinely publishing the information.

The Obama administration went on to disclose up to 6 million visits to the White House. However, since President Donald Trump’s inauguration, the website that the government used to publish and released the records has gone quiet.

“It is crucial to understand who is potentially influencing the decision-making of the president, particularly when you have a White House that tends to lean toward secret decision-making,” CREW executive director Noah Bookbinder told the Washington Post.

The suit comes as Senate Democrats seek to bring about legislation that would require a visitor log procedure to be kept at “any other location where President Trump regularly conducts official business”—including his private Florida Mar-a-Lago resort, Trump Tower, and the Trump National Golf Club in New Jersey.

In March, a group of Democrats introduced the Make Access Records Available to Lead American Government Openness Act — or, as it is better known, the MAR-A-LAGO Act.

Renewed concern over government transparency and the disclosure of the White House logs also comes just a month after former House Intelligence Committee Chairman Devin Nunes (R-Calif.), a Trump supporter in charge of the House investigation into Russian electoral interference, claimed to have visited the complex to review intelligence documents. Nunes then made headlines when he controversially breached protocol and briefed the president on before briefing his fellow committee members. Transparency activists have sought to bring the Trump administration to heel since.