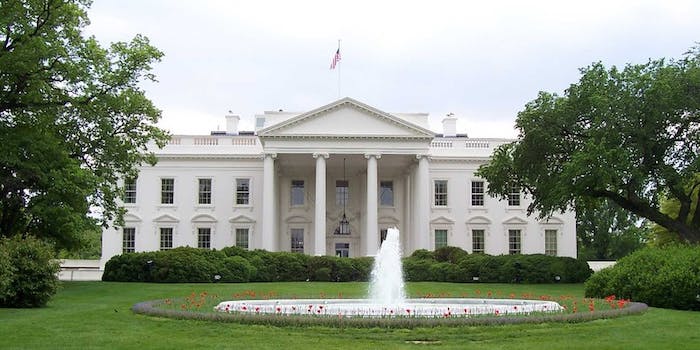 Some Americans really, really want the White House to weigh in on whether their food is genetically modified.

At last count, President Barack Obama‘s administration has answered 127 petitions, often about tough topics. That’s a decent number. Under the We the People program, part of what Obama once promised would yield “an unprecedented level of openness in Government,” any petition that reaches a certain threshold of American signatures would warrant a White House response. That number started at 5,000, then the White House raised to 25,000, then 100,000, as the process became more and more popular.

But as more people took an interest in the process, more and more petitions got left by the wayside. That’s where WHPetitions.info comes in. Created by writer Eli Dourado, the site tracks all the petitions that the White House is supposed to address, but doesn’t.

This isn’t for all petitions, mind you. The one to, for example, have Obama’s cabinet recite something called “the STOP WHITE GENOCIDE Mantra” before each meeting probably won’t get 99,769 more signatures by Aug. 30, and you probably wouldn’t blame the White House for ignoring it if it did. But there are a whopping 30 that passed the threshold that are still waiting for an answer.

Some of those are more understandable than others. A petition to pardon National Security Agency (NSA) contractor Edward Snowden, in addition to being fairly new, probably violates the program’s policy on commenting on ongoing law enforcement proceedings. Snowden is technically a fugitive from espionage charges. (A petition for the White House to respond to that petition, while unlikely to pass, would face similar problems.)

But though the system doesn’t promise any formal timetable, some petitions are inexplicably late. Six have waited more than a year. They are, from oldest to youngest:

• To label all genetically modified foods

• To end discrimination for non-religious members of the armed forces

• To keep the FDA from regulating premium cigars

• For the U.S. to stop memorializing South Korean women said to have been drafted into sex slavery by Japanese soldiers during World War II

So there’s something of a pattern, even if it doesn’t really make sense. Dourado posted a few other commonalities between the unanswered petitions on his blog. Ten of the 30, for instance, deal with Asian foreign policy. And these 30 are clearly in a holding pattern: petitions that do get answered take an average of 61 days, but the ones on WHPetitions.info have taken an average of 202 days.