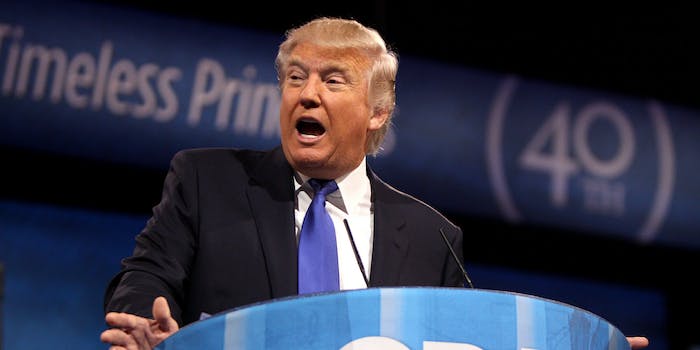 The Trump administration has yet to respond to one of the site's petitions.

The White House took down a popular method of online expression today (as well as a way the internet enjoyed trolling the president).

The Trump administration pulled online petition site We The People offline, saying it’s undergoing maintenance and will be back in late January.

The submission form was launched by President Obama in 2011 and was given the standard that if a petition received over 100,000 signatures, the White House would be required to respond to it. The form quickly became an internet darling to get the White House to respond to the weirder wishes of the web. The Obama White House once denied ever having contact with aliens after a petition went viral, for example.

While the Obama administration responded when measures reached the required signatures, the Trump administration has yet to respond to a single petition.

Being required to respond to petitions don’t mean that they actually affect change, but it does let people know the White House is at least somewhat cognizant of a large swath of Americans’ wishes. Petitions on the site were credited with helping get control legislation introduced in December 2012, in the wake of the Sandy Hook shooting.

Trump has a tendency to roll back anything his predecessor did, so it’s possible We the People will never come back online. It was reported in April that he was considering ditching it.