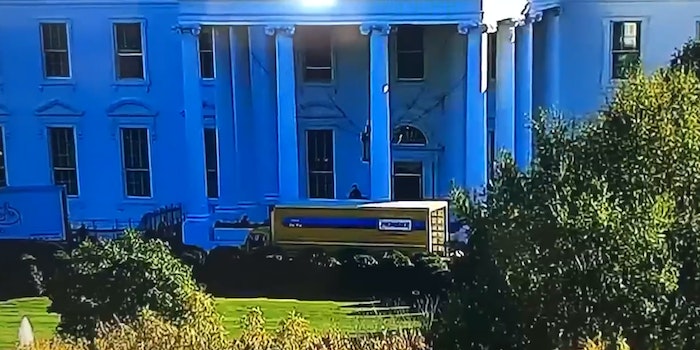 People online joked the truck was a 'good omen.'

As the 2020 election gets closer to having a winner called, people online think its a “good omen” that a moving truck was spotted outside of the White House on Wednesday.