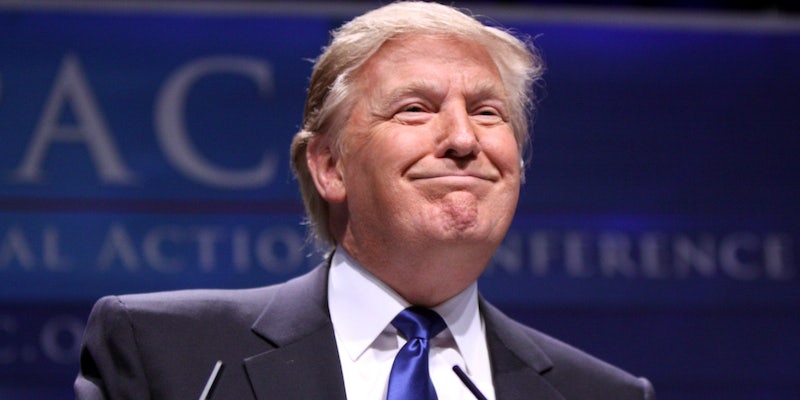 'Y’all better hereby claim some shit while the gettins good.'

President Donald Trump on Wednesday claimed that he won several key states in a tweet that is now receiving the meme treatment.

“We have claimed, for Electoral Vote purposes, the Commonwealth of Pennsylvania (which won’t allow legal observers) the State of Georgia, and the State of North Carolina, each one of which has a BIG Trump lead. Additionally, we hereby claim the State of Michigan if, in fact,…..” Trump wrote in a post that was flagged by Twitter for prematurely calling the races.

In a follow-up post that was censored by Twitter for potentially being “misleading,” Trump added that “there was a large number of secretly dumped ballots as has been widely reported!”

Hundreds of thousands of votes have yet to be counted in Michigan and Pennsylvania alone, and it’s unclear when a winner will be determined. While Trump hasn’t been officially declared the winner of any of those states, it’s not the president’s claims people are stuck on—it’s his word choice, which is giving people real Michael Scott vibes.

People online are now “hereby” claiming various things they have no right to claim. It wasn’t long before “claim” began trending on Twitter, with over 400,000 posts under the trend. Users are claiming everything, from Liam Hemsworth to the moon and sun. Others are declaring Trump “bankrupt” and a one-term president.

As Jeff Cavanaugh put it, “Y’all better hereby claim some shit while the gettins good.”