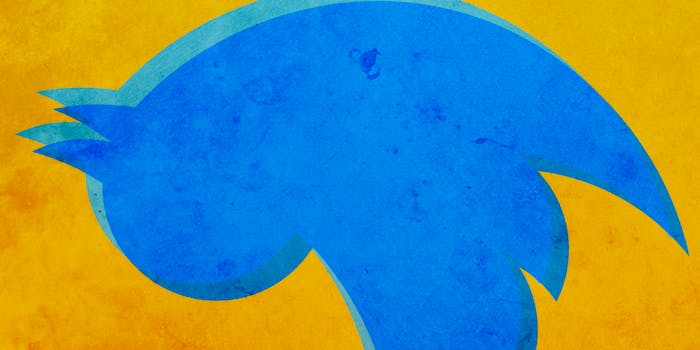 On Feb. 25, a Black Lives Matter activist confronted Democratic presidential candidate Hillary Clinton for remarks she made in 1996 about crime. In the 1996 speech, Clinton said that “we have to bring [young criminals] to heel.” Some regard her remarks as racially charged. The video of the confrontation went viral on Twitter, prompting the hashtag #WhichHillary, highlighting the duality of Clinton’s current and former views on a variety of issues.

One of the accounts to latch onto the #WhichHillary hashtag was @GuerrillaDems, the Twitter account of the group Guerrilla Socialists. But they were quickly suspended. They took to their Tumblr, where they suggested their account’s suspension was an act of censorship by Twitter.

“It’s true we’re being censored by Twitter,” Slick Lion, who appears to run the site, wrote. “We’re also still locked down. The lock down occurred at the height of the #WhichHillary hashtag trend. We are trying to contact Twitter, but I don’t think they want to answer questions at this point.”

He went on to explain how they participated in the hashtag:

We then loaded our Buffer with a bunch of tweets that directly attacked Hillary’s record and money influences, then called it a night. By morning, we all know it hit number one. We started to tweet and take the account a little off topic, so we wouldn’t overdue [sic] the #WhichHillary and then it just locked up.

But the group later received an email from Twitter, saying their account suspension was a mistake made by Twitter’s automated spam-detecting algorithm.

Twitter declined to comment on why they suspended this specific account. Doing so would violate the company’s security and privacy policies, a spokesperson wrote in an email to the Daily Dot. Instead, they directed us to the company’s rules page, which outlines what activities may get an account flagged as spam.

A Daily Kos post chronicling the suspension of @GuerrillaDems also noted that the #WhichHillary hashtag seemed to vanish from the trending list on the left sidebar of Twitter’s homepage at the peak of its popularity. The author suggested this, too, was censorship from Twitter. Other people on Twitter echoed the sentiments. Some drew a connection between the disappearance of the hashtag with Twitter’s executive chairman, Omid Kordestani, who recently hosted a fundraiser for the presidential candidate.

Twitter did not comment about the nature of Kordestani’s connection to Clinton’s campaign. But they noted that the #WhichHillary hashtag is still active. Additionally, the event still appears in Twitter’s Moments vertical.

A follow-up post from Daily Kos blogger Chris Reeves suggests #WhichHillary vanished from the trending list due to another Twitter algorithm, namely the one that determines which topics are trending. How those trending lists come together is often the subject of scrutiny and accusations of censorship, particularly by political activists. However, studies into Twitter’s algorithms suggest that there’s no foul play.

Instead, Twitter’s Trends algorithm is geared toward finding rapidly rising topics and hashtags catered to who the user is following and where they are located, according to the website. Reeves went on to explain that Twitter is also quick to “demote” topics whose popularity is plateauing or declining, possibly explaining what became of the #WhichHillary hashtag.

Twitter did not comment on censorship in this particular situation. The Daily Dot also reached out to @GuerrillaDems. We will update if and when we hear back.