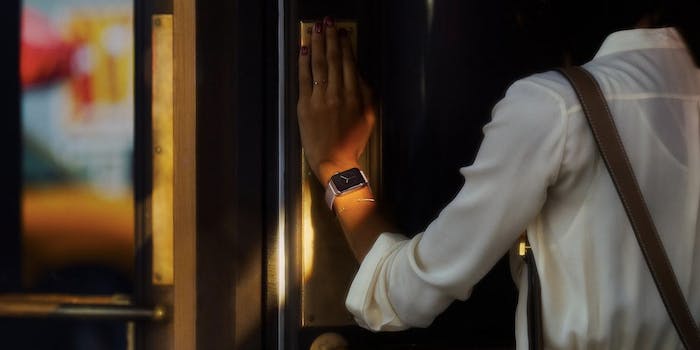 Want the Apple Watch on Friday? Here’s where you can get it

You don't have to wait to get one at the Apple Store.

The launch date for the Apple Watch is almost here. For those who ordered the gadget through through Apple, April 24 is just a marker that they’re closer to being off the waitlist. But while much has been made of the potentially limited availability of the Apple Watch, there are stores selling the device that don’t have an Apple logo on the sign.

While Apple’s head of retail Angela Ahrendts has stated the Apple Watch will initially be sold online only and wouldn’t be in stores until June, the New York Times points out fashion boutiques that will have the wearable available for purchase come April 24. It’s not exactly a secret, either: Apple released a list of retailers that would sell its new device back in March and has openly discussed partnerships in selling the device as a fashion accessory.

Of course, the stores carrying the watch aren’t just run-of-the-mill jewelry shops you find in the mall. The Apple Watch will be appearing in globally recognized, trendsetting stores that are scattered across the globe.

There are just six who will have the Watch in stock come Friday: Maxfield in Los Angeles, Colette in Paris, France; the Corner in Berlin, Germany; 10 Corso Como in Milan, Italy; and Dover Street Market in London, England and in Ginza, Japan.

The stock of each store will vary, sharing in common that it will be limited quantities—and the $10,000 Edition models are already on backorder. According to the Times, Dover Street Market will have 350 devices in its Ginza store and 570 in London.

Even if you’re up to do some jetsetting to get your hands on the Apple Watch, you’ll have to act fast as they aren’t expected to stay in stock for long.