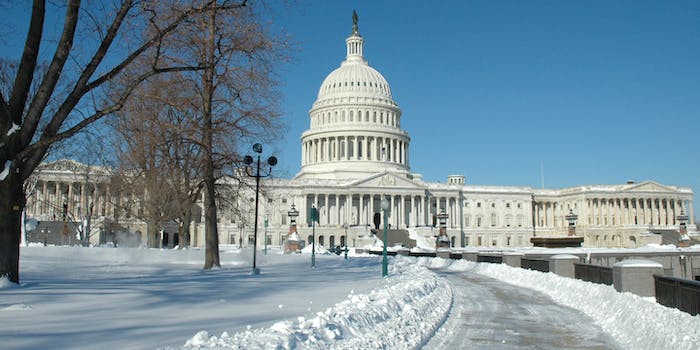 With a victory in the Nevada caucuses, this was the week it finally dawned on many in the Republican party that—unlike climate change, evolution, or fashionable jeans—the potential of Donald Trump becoming their nominee was something they could no longer pretend doesn’t exist.

To every establishment Republican whose experience of this realization has spiraled them into a pit of despair, may I suggest pouring yourself a tall, refreshing glass of Trump Vodka, a spirit that used the power of the Trump brand to fail miserably in what in no way portends anything at all about how Trump will fare in a general election.

1. Jeb, turn that frown upside down, rotate it sideways, straighten it out, and then break it into one big piece and one little piece so it looks like this: !

Following a disappointing showing in the South Carolina primary, once and future Florida Man Jeb Bush dropped out of the race. It was a sad day for fans of political dynasties as well as those hoping for a reboot of the 1980s soap opera Dynasty, who lost the chance of having a die-hard supporter in the White House.

Candidates abandon presidential primary campaigns all the time. No one shed a tear when Jim Webb ended his run last October (you don’t need to Google “Jim Webb” because it’s honestly not worth it), but there’s something about Bush’s unexpectedly quixotic quest that tugs at the heart strings. Maybe it’s because we know Jeb!’s mom or maybe it’s because we reflexively saw him as the George McFly to Donald Trump’s Biff Tannen. Either way, Jeb! bowing to the wishes of the GOP base and disconnecting the feeding tube of super PAC money that was keeping his campaign on life support is kind of a bummer.

Earlier this month, the Daily Dot sent Jeb! a little gift basket for his birthday in hopes that it would cheer him up. 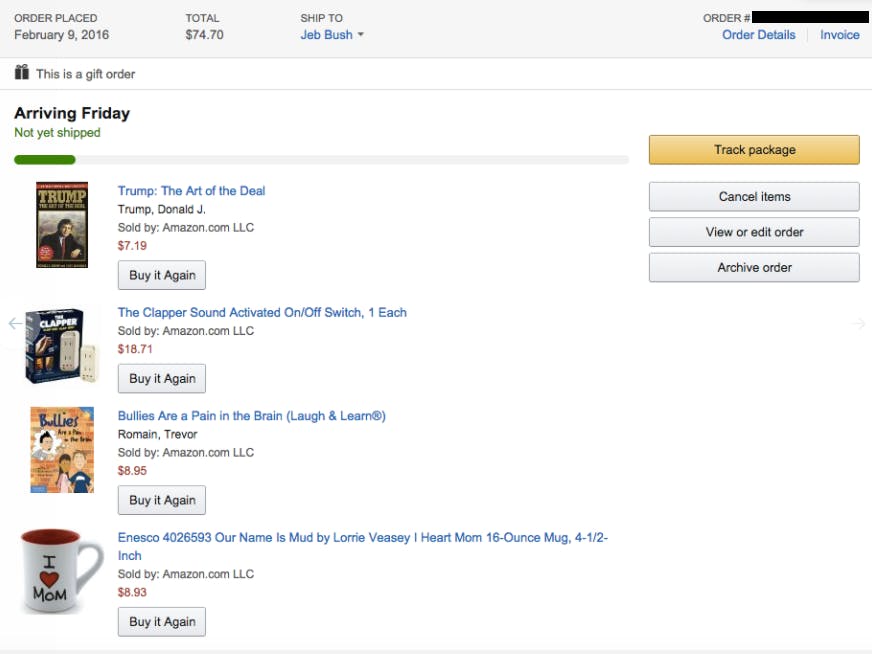 Jeb!, as you board a private jet and disappear into the gaping maw of obscurity and corporate board appointments, we wish you the best of luck in your future endeavors. May the paintings of dogs you produce in a fruitless attempt to forget the soul-crushing grind of presidential politics be less creepy than your brother’s.

One day after he came in second in the South Carolina primary, a super PAC supporting Marco Rubio sent out an email to donors drawing an extended analogy with Rubio as Harry Potter and Trump as Lord Voldemort.

As Politico reports, the letter read:

In Harry Potter lore, Voldemort, the Dark Lord, had a secret to his strength. His secret was his horcruxes…As each horcrux was destroyed, Voldemort became increasingly vulnerable, not increasingly strong. When all of the horcruxes were gone, Voldemort lost his one-on-one battle with Harry Potter.”
…
The data consistently and overwhelmingly shows Trump with the highest unfavorables among the remaining candidates, and that he is the last choice of more voters than any other Republican by far…Like Voldemort’s horcruxes, the large candidate field shields Trump from harm. At each step of the primary process, Trump is losing his shields, and that is making him more vulnerable.

However, according to the Daily Dot’s resident Hogwarts historian, Aja Romano, the super PAC’s argument that Rubio is like Harry doesn’t entirely fit.

“In terms of Harry Potter comparisons, Rubio is more accurately Ron Weasley,” Romano insisted. “His parents are working-class, salt-of-the-earth people but his heritage is still looked down upon by other pureblood Republicans. He comes from a big family of siblings. He got into college on a quidditch, I mean a football scholarship, and generally works his boyish charm to his advantage.”

“Jeb Bush is clearly the GOP’s Neville Longbottom,” she added, “except he has yet to go through puberty or properly learn how to do anything useful. Ted Cruz is obviously Gilderoy Lockhart—good on camera but secretly hated by everyone. The Trump=Voldemort comparison is accurate thanks to Trump’s penchant for fearmongering, spouting fascist propaganda, and hiding for nine months on the back of Alan Greenspan’s head.”

America has always been vape.

4. Who wants to come to the Oval Office?

Welcome to the primary trail after dark. More like supersexydeligate, amirite?

All proceeds will be donated to the Bernie Sanders campaign. 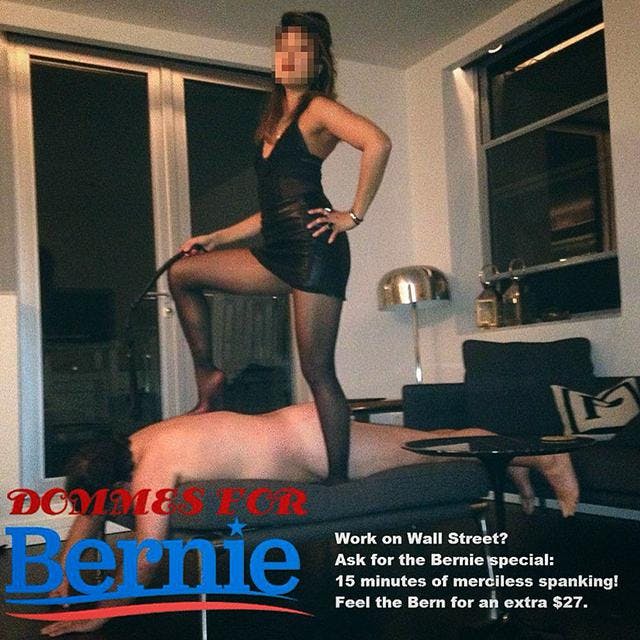 This is in contrast to what Hillary supporters in San Francisco did last year: selling T-shirts reading “I’d bottom for Hillary.”

5. The recording of an actual robocall made by a white supremacist super PAC to voters in New Hampshire

During Thursday night’s GOP debate, mumblecore heartthrob Ben Carson responded to a question about who he would choose as his vice president by saying:

I would go through and I would look at what a person’s life has been. What have they done in the past? What kind of judgments have they made? What kind of associations do they have? That will tell you a lot more than an interview will tell you. The fruit salad of their life is what I will look at.

It’s never entirely clear what Carson is talking about, but his reference to fruit salad does provide some insight into the team of experts he has contracted to advise him in selecting a veep.

Bernie may have blurbed a book calling Obama a failure, but the “big tent” Choom Gang isn’t holding that against him. A ganjapreneur from Portland is selling Bernie-branded weed pipes with a portion of the proceeds going to the Sanders campaign.

What does satirical weird Facebook candidate Barnie Sanders think about all this? 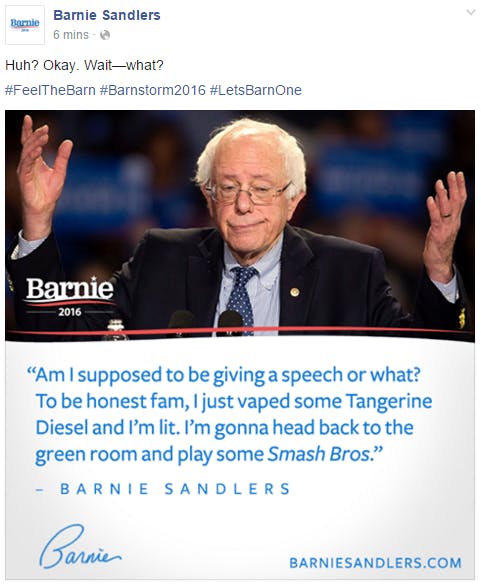 8. Now you see a friendship, now you don’t

if you read these from bottom to top it charts a breakdown of @realDonaldTrump – @pennjillette friendship over 3 yrs https://t.co/g403lBrUPk 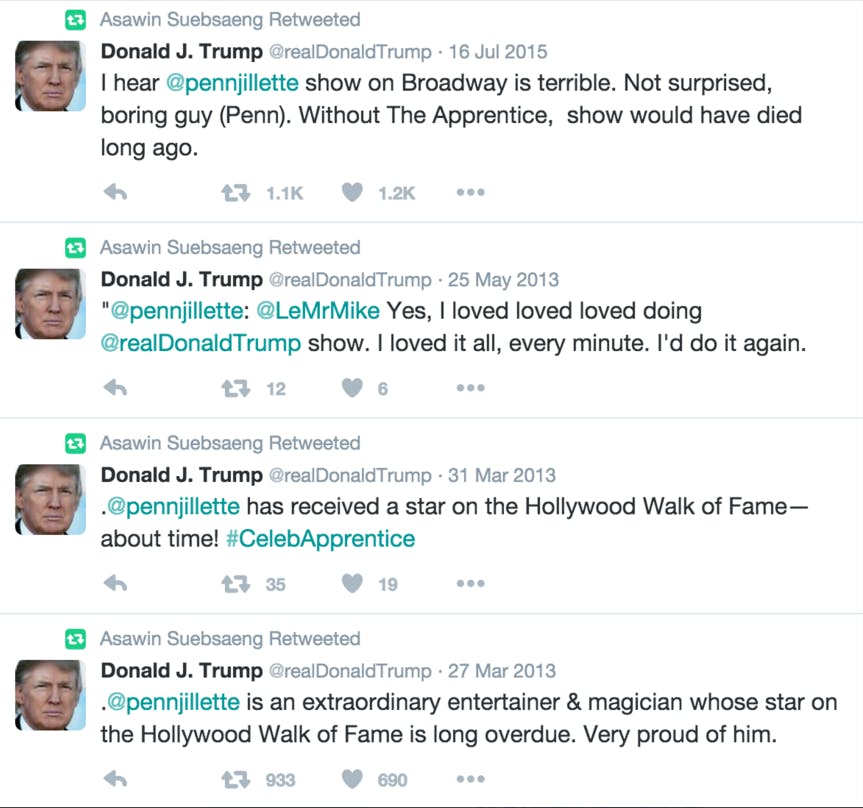 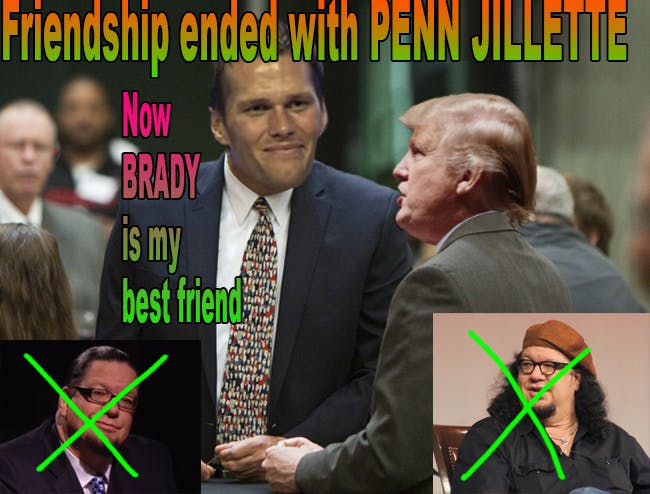 Earlier this month, Trump said during an appearance on Fox that he and former New York City Mayor Michael Bloomberg are on the outs.

“He was a friend of mine. As far as I’m concerned, he’s not a friend of mine anymore,” Trump said, referencing an interview Bloomberg gave with the Financial Times where he said that voters deserved “a lot better than” the slate of candidates currently in the race. “I thought that was a nasty shot… I assume it was taken at me. But when my friends say things like that—assuming it was meant at me—I no longer consider them friends. I knew Michael very well. And he was a friend of mine.”

Who needs New York when you’ve got New Jersey, said no one who was being honest with themselves. Luckily, Trump’s ability to transform delusions of grandeur into actual grandeur is letting him say all he wants now that New Jersey Gov. Chris Christie has endorsed the former reality TV star for president. 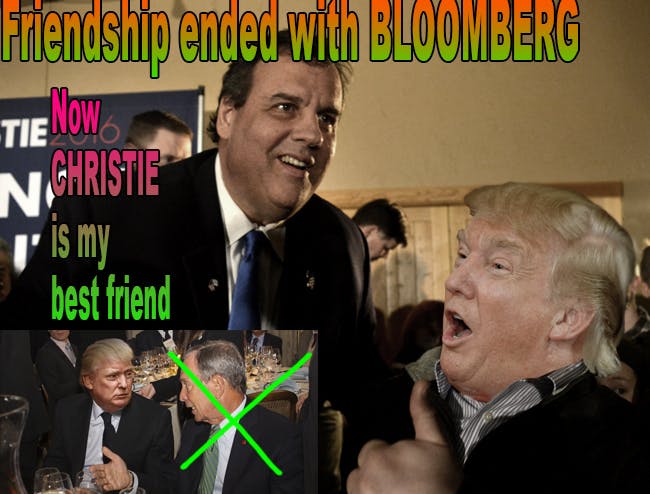 10. Actually, let’s just get a window directly into Trump’s head 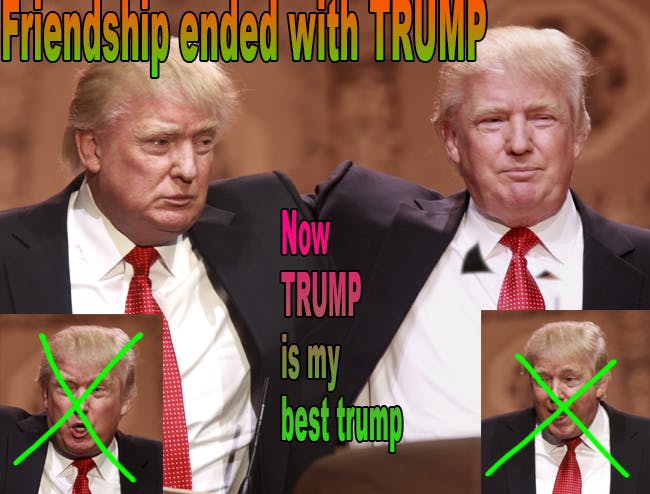 Photo via George Miller/Flickr (CC BY 2.0)