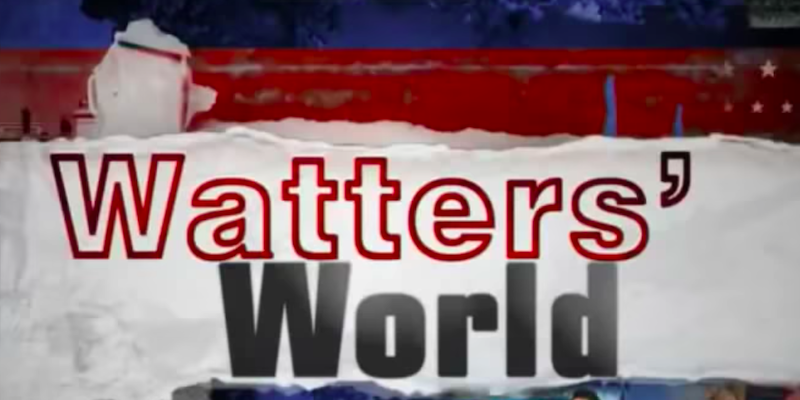 We sure f*cking think so.

In a Saturday evening tweet, the Twitter account associated with the Fox News show Watters’ World tweeted out a poll asking, in all caps, “IS IT OK FOR WOMEN TO USE THE F-WORD WHILE MAKING THEIR POINT?”

IS IT OK FOR WOMEN TO USE THE F-WORD WHILE MAKING THEIR POINT?

The tweet is suspended in the timeline, without context, and doesn’t appear on host Jesse Watters’ own timeline. It’s sandwiched between a tweet declaring, “We are now boarding rows 1-30 for the flight to Watters’ World. Your remote will be your boarding pass,” and one highlighting a segment Watters did with Rep. Dan Crenshaw (R-Texas) on Saturday’s show.

The Daily Dot reached out to Fox News with questions about the context of the poll but did not receive a response by press time.

Writer Sopan Deb asked, “IS IT OKAY FOR TV HOSTS TO FILM RACIST SEGMENTS IN CHINATOWN AND THEN GET A PROMOTION AND MORE VISIBILITY AFTER?” referencing the deeply offensive “Chinatown segment”  Watters filmed in 2016 for disgraced Fox News host Bill O’Reilly’s show The O’Reilly Factor.

@JenAshleyWright asked, “How the fuck does ANY woman talk to you without cursing?”

How the fuck does ANY woman talk to you without cursing?

@BettyFckinWhite tweeted, “Sounds like a lot of women have been telling Jesse Waters to fuck off.”

Sounds like a lot of women have been telling Jesse Waters to fuck off.

In some instances, only an image could convey the proper response to such a question.

Watters’ World started as a segment on The O’Reilly Factor. The bit grew into its own show in January 2017, shortly before O’Reilly was terminated for multiple sexual harassment incidents.

Watters has had his own share of controversy; in addition to the infamous Chinatown segment, Watters was criticized for making what many interpreted as lewd comments about Ivanka Trump. Recently, he drew criticism for mistaking Gayle King for Robin Roberts.