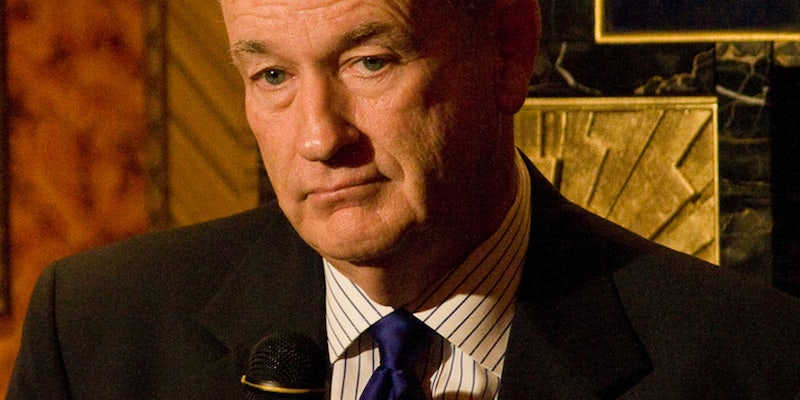 Executives are finalizing the details, according to sources.

After paying out over $13 million in settlements for sexual assault allegations made against Bill O’Reilly, Fox News has decided to let its most popular host go.

Fox News parent company 21st Century Fox, confirmed that O’Reilly was out at the network following reports of his forced departure.

“After a thorough and careful review of the allegations, the Company and Bill O’Reilly have agreed that Bill O’Reilly will not be returning to the Fox News Channel,” 21st Century Fox said in a statement.

The question wasn’t whether if O’Reilly would be canned—exectutives were planning to make the announcement before he gets back from vacation on April 24, according to the magazine—but if he would get to say goodbye to his audience and what his exit package will look like.

O’Reilly recently re-upped his contract for $20 million; when Fox News founder and former chairman Roger Ailes left last year, also for sexual harassment allegations, the network paid out the rest of his $40 million contract. Some names that the network are considering to fill O’Reilly’s time slot include Eric Bolling, Dana Perino, and Tucker Carlson, according to New York.

On Tuesday, another woman who used to work with O’Reilly came forward with harassment allegations. The anonymous woman’s lawyer, Lisa Bloom, told the Hollywood Reporter that her client, a former Fox News clerical worker, wasn’t looking for money, just to tell her story. “He would never talk to her, not even hello, except to grunt at her like a wild boar,” Bloom told the Hollywood Reporter. “He would leer at her. He would always do this when no one else was around and she was scared.” O’Reilly also called the woman, who is black, “hot chocolate,” Bloom said.

The Murdoch family, which owns Fox News, was initially rumored to be split over whether to get rid of O’Reilly. 21st Century Fox CEO James Murdoch reportedly wanted to pull him, while his father, Rupert, was for keeping him. James’ brother Lachlan didn’t warm up to the idea of letting him go until recently, according to New York.

When Bill O’Reilly’s sexual harassment settlements were brought to light earlier this month, advertisers quickly began dropping the O’Reilly Factor. Soon after, it was announced that O’Reilly had gone on vacation.

Update 2pm CT, April 19: 21st Century Fox has confirmed O’Reilly is out at Fox News. Tucker Carlson will reportedly replace him in the 8pm time slot. We have updated the headline to reflect the confirmation.