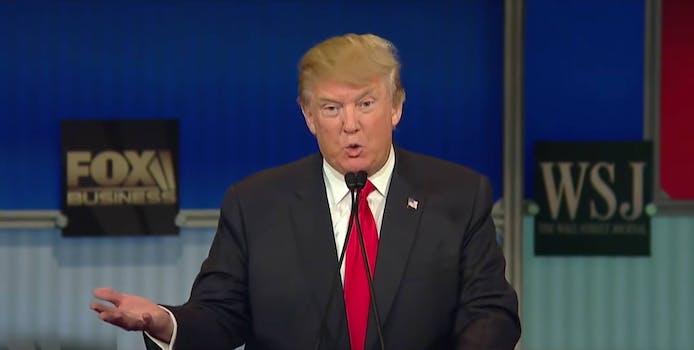 Turns out Trump will be his own downfall.

Donald Trump is known for telling it like it is on political matters. However, a YouTube video created by the channel PlainSight shows the Republican nominee contradicting himself back-to-back on almost every major policy issue.

In almost six minutes worth of clips, Trump shows us that he had an opposite stance on a policy matter he has stood firmly by during the 2016 election.

From nuclear weapons to abortion, Trump appears to take himself down statement after statement.

Some of the statements in the video are years old, but others occurred after Trump began his presidential bid last year. And while candidates in elections past have fallen due to a single flip-flip, Trump has, if nothing else, redefined the rules of American politics.