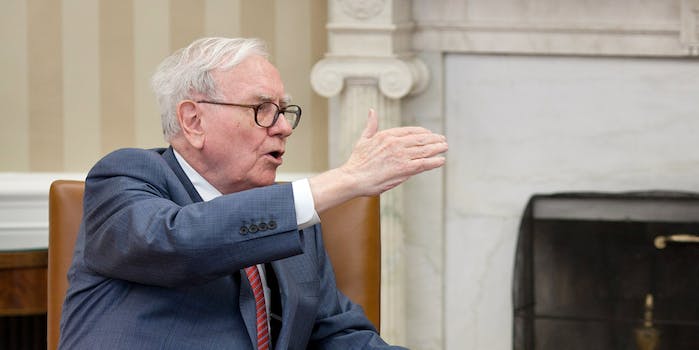 Donald Trump’s argument about his use of a tax loophole that would allow him to avoid paying income tax for 18 years just hit a wall: Warren Buffett.

The Oracle of Omaha, a supporter of Democrat Hillary Clinton, rebuffed the Republican nominee’s claim during Sunday night’s debate that Buffett took advantage of “massive” tax deductions—namely the carry-forward accounting technique—by releasing key details from his taxes—something Trump has not done.

“But I will tell you that, number one, I pay tremendous numbers of taxes. I absolutely used [carry-forward],” Trump said. “And so did Warren Buffett and so did George Soros, and so did many of the other people that Hillary is getting money from. Now, I won’t mention their names, because they’re rich, but they’re not famous. So we won’t make them famous.”

As Vox notes, Buffett managed to sneak in a swing at Trump’s charity by noting that he only claimed $3.5 million in charitable deductions when his actual charitable giving was $2.8 billion.