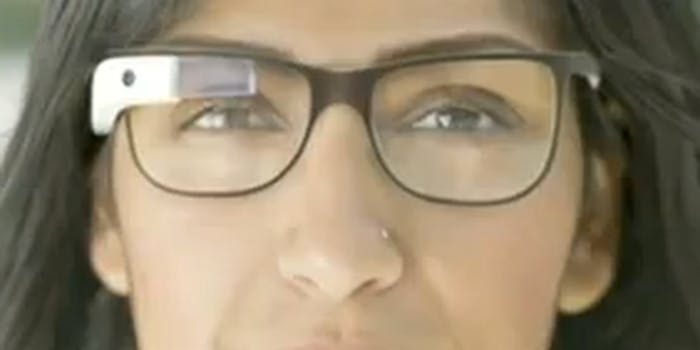 We’re about to reach peak hipster-cyborg.

Warby Parker, the ubiquitous eyewear outfitter for those who order coffee drinks with coconut milk, is being summoned by Google to make its eyeglasses less dorky-looking, reports The New York Times.

Google Glass, as it’s being called, is a voice-controlled wearable computer that projects the Internet in front of your eye via a small processor and battery. It accesses the Web via Wi-Fi and Bluetooth. But the glasses are as clunky looking as you’d expect.

So in an effort to get the 99 percent to not immediately reject it as some Star Trek prop, Google is negotiating with Warby Parker to “help it design more fashionable frames.” Both companies declined comment when approached by the newspaper.

The trendy eyewear company disrupted the industry with free shipping, slick marketing, and affordable frames that cost about $100. But that price point probably won’t make it into the new partnership since the Google Glass is reportedly retailing for $1,500.

So, there’s at least 23 normals who the companies will have trouble convincing, if it’s any indication how steep that uphill battle Warby Parker faces. The solution is always more Sibley.