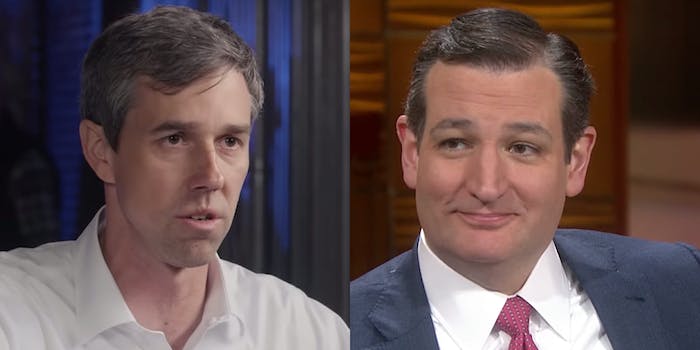 As Texas started early voting last week, reports of voter intimidation have come in from Dallas and other parts of the state.

Dallas county election director Toni Pippins-Poole said she has witnessed significant  voter intimidation this year. In her decades with the county’s board of elections, she said she had never seen “this type of mentality or aggressiveness or demeaning type of actions.”

Some of the behaviors included name-calling and interrogating voters waiting in line, Pippins-Poole said. In a closely watched election race all over the state, the  Dallas News Report said voters were harassed in Dallas, Mesquite, and Richardson counties.

In Mesquite, one partisan poll watcher allegedly looked over voters’ shoulders as they cast ballots and questioned them on their politics. Pippins-Poole says these types of voter harassment can especially affect young, first-time voters.

Texas law states that any electioneering activity—behavior designed to influence a person’s vote—cannot occur within 100 feet of a polling place.

The Texas Civil Rights Project posted video of a person yelling at voters, particularly women of color, as they waited in line to cast their ballot.

At the Richardson Civic Center in #DallasCo an individual has been harassing and yelling at voters as they wait in line, and women of color are being targeted for sexist harassment. pic.twitter.com/MhqsUMhLKp

Despite the reports of intimidation, voter turnout will also likely be groundbreaking in Texas.

Ted Cruz’s Senate seat on the line  in a state that has been represented by the GOP in Washington since 1993. But the midterm elections are polarizing voters, and early voting data reveals some of the state’s largest counties have doubled turnout since the 2014 midterms. Democrat Beto O’Rourke has mounted a fierce campaign, putting him surprisingly close to Cruz’s seat, though Cruz currently leads O’Rourke about 50-45 in recent polls.

Other voting issues were also denounced by voters in Texas; some voting machines allegedly switched straight-ticket Democratic ballots, according to the Texas Civil Right Project.

Voters in Texas still have until the midterms on Nov. 6 to decide who to vote for. But if early voting behaviors are any indication, both Republicans and Democrats are rallying the troops in an unusually competitive election.