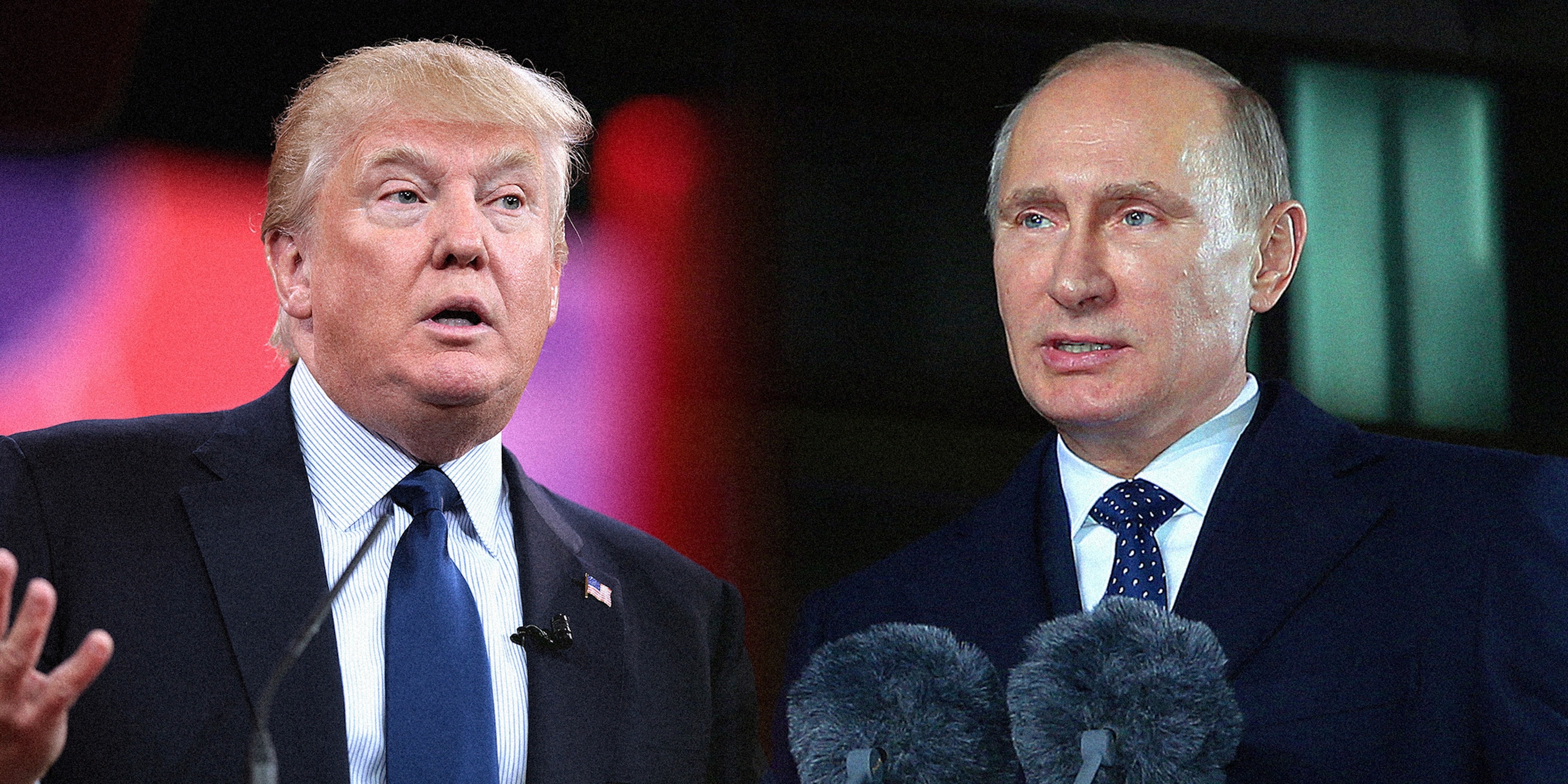 Can we assume a Secret Santa gift exchange is next?

With Christmas just around the corner, Russian President Vladimir Putin has decided to put all the world’s political conflicts aside and send President-elect Donald Trump some holiday cheer with a friendly Christmas card.

“Serious global and regional challenges, which our countries have to face in recent years, show that the relations between Russia and the U.S. remain an important factor in ensuring stability and security of the modern world,” the card reads.

Putin, who personally signed the card, adds, “I hope that after you assume the position of President of the United States of America we will be able—by acting in a constructive and pragmatic manner—to take real steps to restore the framework of bilateral cooperation in different areas as well as bring our level of collaboration on the international scene to a qualitatively new level.”

Putin concludes with a holistic message. “Please accept my sincere wishes to you and your family of sound health, happiness, wellbeing, success and all the best,” he writes.

Trump was reportedly hopeful and pleased with the letter via a short statement. Tweets in response convey mixed emotions amongst users, with many expressing worry or displeasure, while others joke and take jabs at Putin’s grammar. One even proceeded to call him a “monster” due to his lack of an oxford comma and “horrid denting.”

And the first sentence is in the wrong tense. Whyyyyy?????

@JWGOP DJT is pleased by any sort of flattery, even from a murderous authoritarian. Narcissist.

Veiled threats in both letters.

And the first sentence is in the wrong tense. Whyyyyy?????

Well, 2016, you’ve effectively done it all. We can now add ‘unlikely pen pals’ to the list of weird shit you’ve conjured up.