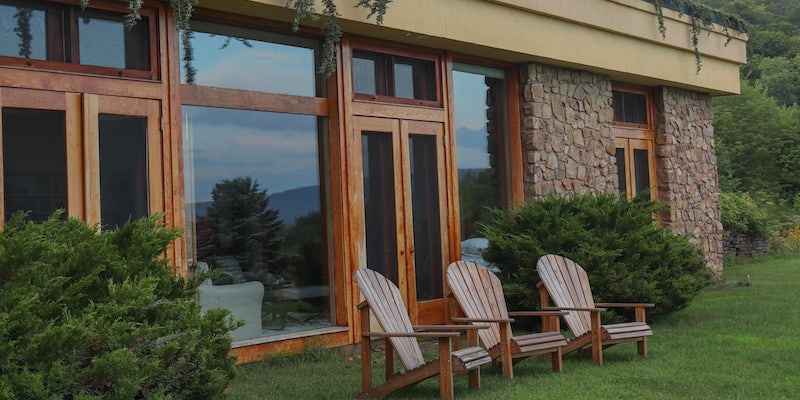 Should a couple own 15 Airbnbs when the housing market is so tight?

A couple who owns an “Airbnb empire” are earning harsh criticism online for contributing to the housing crisis in Vermont.

In a viral tweet, user @emily_allyce posted a screenshot of an Insider article profiling a couple that turned a Vermont vacation home into an Airbnb and now own a 15 Airbnb “empire” that gains them $100,000 in bookings per month.

“Dear out of state investors, This is NOT a feel-good piece,” she wrote. “Your ‘empire’ is contributing to a serious housing shortage in VT. Please stop.”

The tweet—which has over 14,000 retweets and 136,000 likes—speaks to a larger problem happening in Vermont and across the country. Rent prices are skyrocketing and housing is hard to find, all the while Airbnbs remain readily available. In New York City, there are now more Airbnbs listed than apartments for rent, according to Curbed. In Vermont, a legislative spat earlier this year between the Burlington City Council and Mayor Miro Weinberger saw strict regulations on short-term rentals pass the city council, only to get vetoed by the mayor.

The Burlington proposal would have required short-term rentals to be located in the host’s primary residence, with some limited exceptions. It was supposed to be a way to free up residential units, and make Airbnb operate more similarly to its original concept, amid a nationwide housing shortage. But Weinberger argued it would actually worsen the crisis. In a letter explaining the veto, Weinberger argued the short-term rental market was good for the city’s economy and would deprive “the ability of residents to make personal decisions.”

One user on Twitter pointed out that Vermont’s housing shortage is due in part to Vermont’s land use regulations and an older population that is less keen on housing developments in their area, as opposed to Airbnb. He cited a development outside of Burlington that was set to have 155 houses on the plot. Older Vermonters successfully blocked the project and forced the developer to sell the land.

The same group that lobbied against the project bought the land and turned it into a trust, insuring nothing would ever be built on it.

Reactions to the couple on Twitter were mixed, with some criticizing the couple’s choices and others supporting their decision.

“Airbnbs and VRBOs must be abolished,” one user wrote. “Homes are not income. Homes are not short term rentals. Every single one of those houses should have a family living in them.”

“Why do you have to be down on people for earning money?” another rebuked.

“I am a 60 year old disabled healthcare professional and I’m homeless due to [domestic violence],” a third said. “I am on a very long housing list in Vermont. This is so disheartening.”