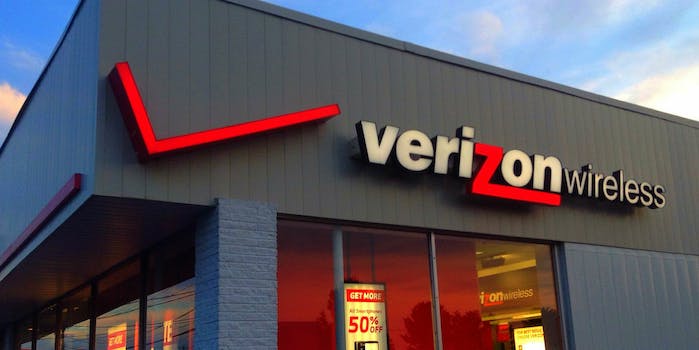 The inquiry revolves around one of the iPhone X's best features.

AT&T and Verizon don’t want you to switch carriers, and they’re willing to stifle innovation if that’s what it takes.

The Justice Department has reportedly opened an antitrust investigation into whether the mobile giants are colluding to make it harder for customers to switch carriers, the New York Times reports, citing “six people with knowledge of the inquiry.”

The companies have been accused of working with mobile standards trade group GSMA to prohibit the use of eSIMs, or lock devices, to their network even if someone has an eSIM-equipped device. A new technology found in the latest iPhones, eSIMs are the digital version of a physical SIM card but aren’t locked to one carrier. With an eSIM, users can quickly switch carriers by making a single phone call instead of having to insert a new card.

Because eSIMs make it easy for users to switch between carriers, they threaten the control mobile giants like Verizon and AT&T have over the market. According to the Times, those two companies alone own 70 percent of all U.S. subscriptions. Locking customers to subscription plans that only work with a specific SIM card could prevent competition from entering the market.

The investigation has been in the works for five months after Apple and another mobile carrier reportedly filed complains with the Justice Department. A Verizon spokesperson confirmed the company has been working with the government agency for months, but downplayed the accusations, saying it boils down to a “difference of opinion with a couple of phone equipment manufacturers regarding the development of eSIM standards” and that it is “much ado about nothing.”

An AT&T spokesperson also confirmed giving information to the government “to move this issue forward.”

GSMA told the New York Times it created an eSIM standard capable of locking devices to single carriers but said it wouldn’t let it go live until the investigation completes. Even if it does, the group says carriers would need permission from users to lock the eSIM to their network. It’s not clear why anyone would consent to such restrictive permissions, though they may mistakenly do so if the terms are included in a lengthy and purposefully convoluted agreement.

A report from CNBC states the Justice Department also requested letters from the other half of the Big Four carriers: Sprint and T-Mobile.