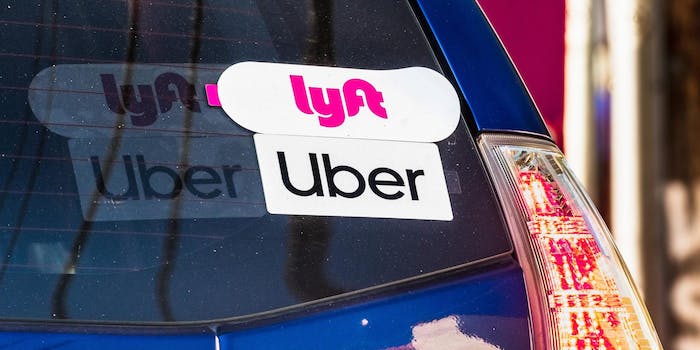 The suit says the companies are violating a gig economy law.

California’s attorney general and a number of large cities in the state filed a lawsuit against ride-hailing companies Uber and Lyft, alleging that the companies misclassified their drivers in violation of a recently-passed state law.

California Attorney General Xavier Becerra joined the city attorneys of Los Angeles, San Diego, and San Francisco in filing a lawsuit against Uber and Lyft on Tuesday, alleging that the companies classified their drivers as independent contractors and not employees, which violates Assembly Bill 5 of 2019.

When the bill passed, it was clear it would affect companies like Uber, Lyft, and others that use independent contractors, as it was aimed at reshaping gig economy work. But last year, Tony West, Uber’s chief legal official, said that the bill did not apply to its drivers, arguing that they are not a core part of its business.

The law went into effect on January 1st and uses a test to determine employment status in the state. Essentially, to be labeled as an independent contractor under the law, companies need to prove that those workers are “free from the control and direction of the hiring entity in connection with the performance of the work … performs work that is outside the usual course of the hiring entity’s business, and … is customarily engaged in an independently established trade, occupation, or business.”

The suit argues that by “misclassifying their drivers, Uber and Lyft evade the workplace standards and requirements that implement California’s strong public policy in favor of protecting workers and promoting fundamental fairness for all Californians.”

“Californians who drive for Uber and Lyft lack basic worker protections—from paid sick leave to the right to overtime pay. Uber and Lyft claim their drivers aren’t engaged in the companies’ core mission and cannot qualify for benefits,” Becerra, California’s attorney general, said in a statement. “Sometimes it takes a pandemic to shake us into realizing what that really means and who suffers the consequences. Uber and Lyft drivers who contract the coronavirus or lose their job quickly realize what they’re missing … California has ground rules with rights and protections for workers and their employers. We intend to make sure that Uber and Lyft play by the rules.”

Uber and Lyft have spent millions of dollars into fighting AB5, including pushing a ballot initiative that would exempt them from the law.

Uber told CNN that it plans to “contest this action in court, while at the same time pushing to raise the standard of independent work for drivers in California, including with guaranteed minimum earnings and new benefits.”

Meanwhile, Lyft told SFGate that it will work to “bring all the benefits of California’s innovation economy to as many workers as possible, especially during this time when the creation of good jobs with access to affordable health care and other benefits is more important than ever.”