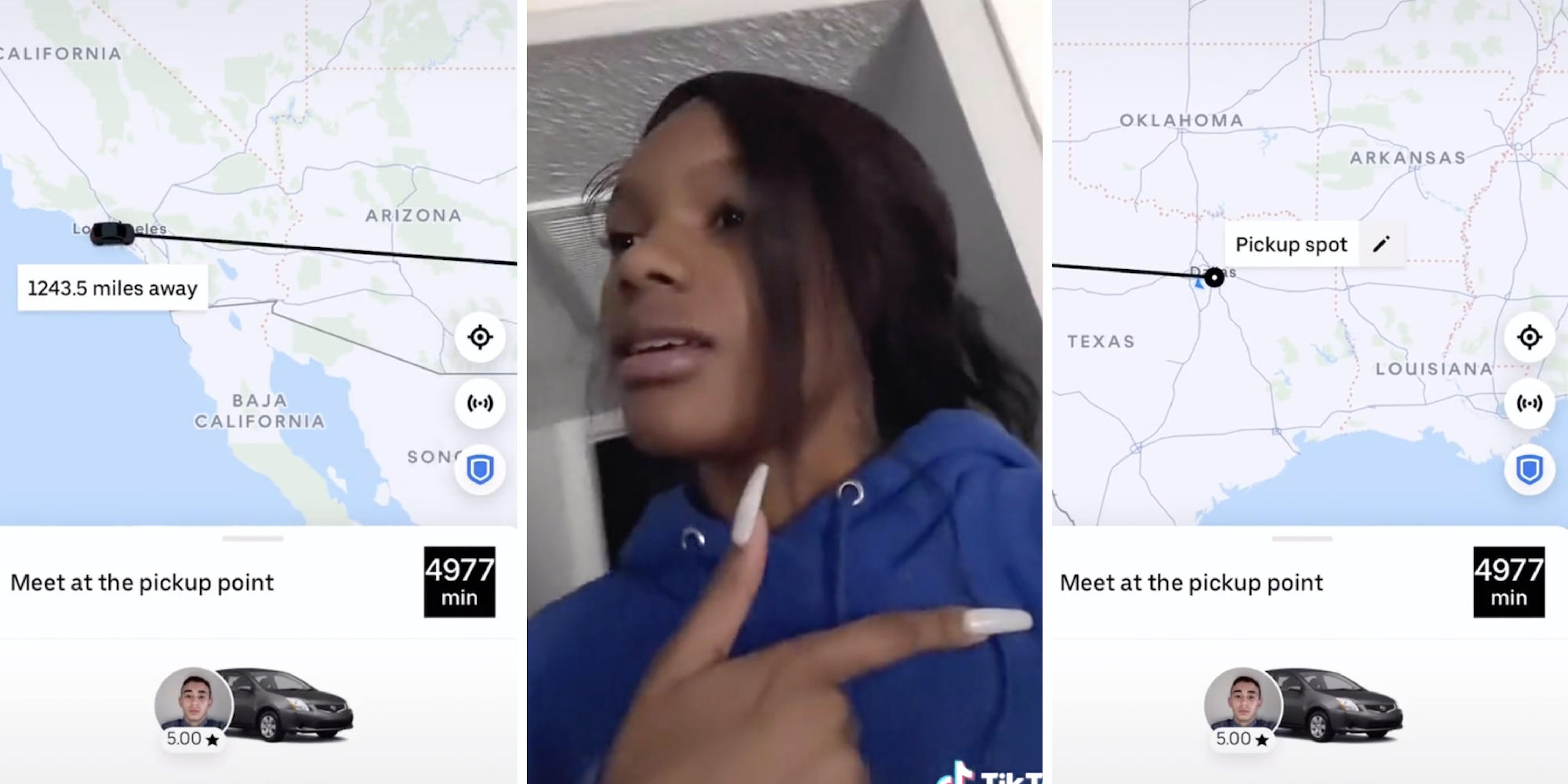 ‘Customer service would’ve been hearing from me’: TikToker hit with $20 cancellation fee after trying to stop Uber coming from over 1,200 miles away

Her driver was in Los Angeles—but she was in Dallas.

In a viral video, one TikToker reveals that her Uber driver was coming from over 1,200 miles away. However, when she tried to cancel the ride, she faced a pricey cancellation fee.

The user @thatsyanaa shared a screen recording that showed her driver in Los Angeles, while she requested the ride in Dallas, resulting in a 4,977 minute wait time until the Uber driver’s arrival.

Nun waiting for my Uber..

While the original cost of the ride was only $14.85, if the user were to cancel the ride, she would have to pay a $20 cancellation fee.

She revealed in a follow-up video that she refused to pay the cancellation fee, and the driver eventually canceled the ride themself. The TikToker says she got a Lyft in the meantime, but her Uber ride was reassigned.

With over 380,000 views, the video sparked outrage among many users.

“$20?? customer service would’ve been hearing from me,” one user said.

“Should [have] called him asking if this fr,” said another.

One rideshare driver noted how suspicious the situation was.

“That’s strange. I’ve had like 2hr ride requests but never a ride request from a different state,” they said.

Other users claimed they’ve experienced the same thing—some even with the exact same driver.

“It did that to me too and I’m in Dallas also,” one user says.

“THIS LITERALLY HAPPENED WITH ME SAME DRIVER AND EVERYTHING,” another said.

“Literally had the same thing happen from Dallas and same driver,” said a third users.

Several users speculated that the driver was attempting to scam both the customer and Uber by receiving full pay from the cancellation fee.

“I’m pretty sure its a scam, that same the happened to me in dallas and the driver canceled once he realized i wasnt going to cancel,” one user said.

“I think this was a scam. Drivers are known to put scary images as their pfp so you cancel lmao. Maybe changed his location so you had to cancel,” said another.

“I wonder if this is a scam and people use VPNs to adjust their location so they make cancellation fees and not do anything,” a third user suggested.

The Daily Dot reached out to user @thatsyanaa via TikTok comment and Instagram as well as Uber via email.