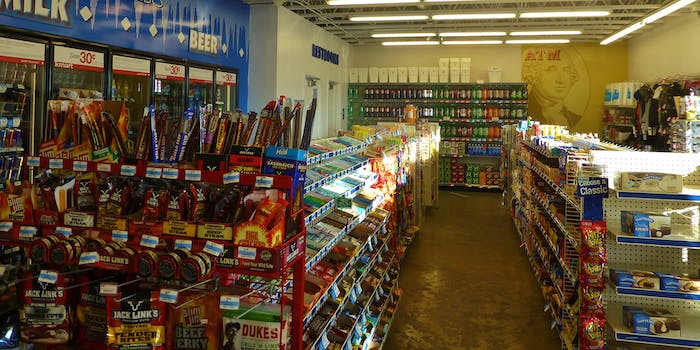 Uber gets into the delivery service with launch of Corner Store

The startup is rolling out its new delivery service, Corner Store, in the D.C. area.

If your sex partner is anything like mine, he probably feels the same way about condoms as Isaac Newton did about the German philosopher Gottfried Liebniz. (They really didn’t like each other, in case there’s a lacuna in your knowledge of 18th century mathematician beefs.) If you ask him if he has a condom, he’ll probably do a little self-frisking pantomime, only to smile apologetically and propose you spend half an hour giving him oral sex instead, preferably while feeding him raw grapes and giving him a foot massage.

Corner Store, which is currently being rolled out exclusively in the DC area, is basically an on-demand delivery service that lets you order household goods straight from the Uber app. There’s no delivery fee or tip required, so Uber drivers can simply roll up to your abode with goods in tow. All you have to do is charge them to your Uber account through the app.

The household goods delivery market is not the only other space Uber is trying to branch out into in its quest for global domination. The startup is also testing out a moving service, UberMovers, in the South, as well as the courier service UberRUSH in New York City. But given the incredibly high demand for this type of service—how often have you run out of toilet paper at an inopportune moment, and fantasized about some beautiful Bowel Movement angel descending from on high and dropping 18 rolls of Scott in your lap?—I wouldn’t be surprised if this venture was the most successful.

The only caveat: As of the time of this writing, Corner Store is only available in Washington DC, between the hours of 9am and 9pm, Monday through Friday. So if you want to have safe sex, DC-area college students, better stock up on condoms the old-fashioned way or restrict your nookie to school nights.