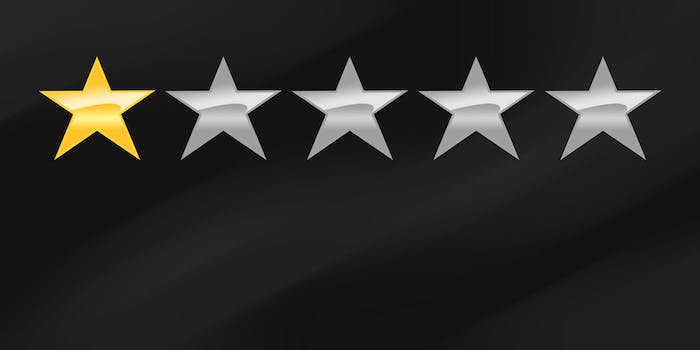 I asked Uber drivers to give me 1-star ratings. Here's what happened.

What can we do to fight Uber?

Following the recent revelations over the company’s privacy issues, strong-arm tactics against journalists, and assault allegations, the urge to resist the taxi company’s domination is higher than ever.

But given Uber’s global reach, the app is just way too addictive to quit.

The only surefire way to #disrupt the ultra-disruptive Uber, I’ve discovered, is to ask drivers to give you a terrible review.

At the end of every journey, drivers and passengers rate one another on a 1–5 scale (5 being best, 1 being worst). No one in his right mind would want an average score of 1. But if enough people do this, it could create chaos in the Uber ecosystem, rendering its ratings meaningless.

Being rated by total strangers is weird and ridiculous already. Begging for a high score at the end of every journey is pathetic. Demanding a 1-star review, however, will throw the drivers off-guard, mixing up the system, and sparking total anarchy.

Uber drivers crave a 5-star score, so they’re terrified of complying with a request like this, sincere as it might be. What if you decide to give them a low star in return?

Nonetheless, I gave it my best shot when I visited New York City in late November.

Always awkward, but worth it. Fight the power.