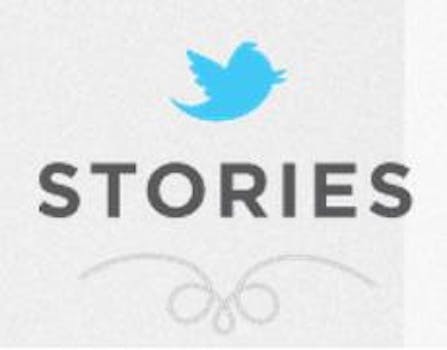 A new blog highlights how the service has changed people's lives.

Sometimes it only takes 140 characters to touch multitudes.

That’s the reasoning behind Twitter Stories, a new blog from Twitter that will highlight stories from the microblogging service’s users every month. Some profiles are more elaborate than others, like a video about how Aaron Durand used Twitter to help save his mom’s bookstore, while others are short, like how astronaut Mike Massimino sent the first tweet from space.

As part of the the first batch of stories, Twitter highlighted the Yuichi-kai fishing association in Japan that “launched a system that uses Twitter and an online shopping site to deliver fish straight from the ocean to its customers within 12 hours.”

The Twitter account for the platform, @twitterstories, has collected more than 156,000 followers and encourages people to submit their own tales.

Interestingly, Twitter recently hired Google veteran Karen Wickre, who pioneered such corporate storytelling in blog form at Google in 2004. She said—on Twitter, naturally—that she wasn’t involved with the launch of Twitter Stories. But Wickre, who has joined Twitter’s marketing team, seems like she’d be a natural champion of more such efforts at Twitter.

Social networks sharing their stories isn’t a novel idea, of course. Facebook has a very similar story-sharing platform called Facebook Stories. But it’s been dormant for more than three weeks. It had previously been supported by Randi Zuckerberg, Facebook’s former director of marketing, who left the company earlier this summer.

Google, likewise, has invited its billion users to share stories about how Web search has changed their lives. But the YouTube channel for Search Stories has just seven videos, the most recent posted in September.

So the question is, will Twitter Stories survive considering the world largest social network can’t keep its own blog updated? Like the stories the new blog highlights, it all comes down to people.