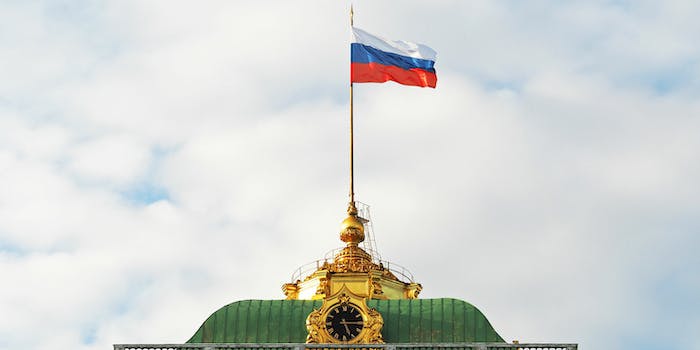 Twitter made several changes in the months after it was publicly humiliated for allowing Russian trolls to overrun its platform. But those efforts appear to have been in vain as statistics from bot-tracking groups show it’s still failing to protect users when it matters most.

As the nation mourned the horrific mass shooting in Parkland, Florida, on Wednesday, which resulted in 17 deaths, Russian bots flooded Twitter with gun-related propaganda. First reported by Wired, shooting-related terms dominated the hashtags and trending topics on Hamilton 68, a website created by bi-partisan group Securing Democracy to track Russian influence based on known troll accounts. Terms trending earlier this week included #guncontrol, #gunreformnow, #floridaschoolshooting, and #nikolascruz, the name of the shooting suspect.

Hamilton surveyed tweets that included the top hashtags and noticed they were critical of gun control. Others attacked liberals, the media, and lawmakers, CNBC reports.

The main page at RoBhat Labs’ Botcheck.me, another website that keeps track of 1,500 political bots, was filled with similar terms, like #guncontrol, #parkland, and #gunreformnow. Botcheck.me doesn’t only track Russian bots, and its co-founder Ash Bhat wouldn’t speculate who is operating the accounts.

Some of the social media posts contained disturbing images, including one of the shooter holding guns and knives, wearing army hats, and a Google search of the phrase “Allahu Akbar,” Wired reports. Other groups are spreading misinformation about the shooter’s ties with far-left group antifa.

“Because of the politicized nature of [mass shootings], they are perfect fodder to take an extreme position and start spreading memes that have a very distinct political position on gun control,” Bret Schafer, a research analyst with the Alliance for Securing Democracy, told Wired.

Russian bots start by using popular trending hashtags, then add more specific terms to get a group of users to branch off and join their propaganda-spreading army. The goal isn’t necessarily to spread one belief over the other but to sow discord among Americans, as it did during the 2016 presidential election. The seemingly pro-gun reform hashtags like #gunreformnow are either being used sarcastically or to pit one side against the other.

We have reached out to Twitter and will update this article if we hear back.