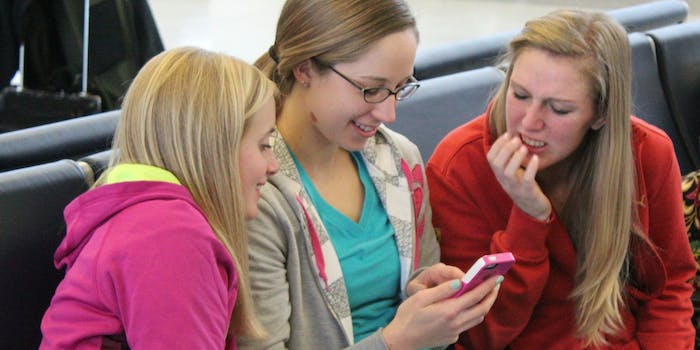 Group DMs are finally a thing, plus you can now capture video from Twitter.

Twitter is overhauling one of its most maligned features, and adding one that will change the way people share and save video on the social network.

Sometimes you don’t want to give your Twitter friends your phone number or Facebook profile, but want to have a group message that doesn’t pour out publicly into everyone’s Twitter feed. On Tuesday, Twitter announced it is solving that problem by rolling out the best direct message tweak since it finally reinstated sending links.

Two new features now launching on Twitter: capture life as it happens with video and speak privately with a group: https://t.co/sdcnCW9t16

The company has promised a much-needed overhaul of the direct messaging system, and the news on Tuesday suggests Twitter is finally doubling down on its most private feature.

By enabling group direct messages, Twitter is prepared to become more than just a public stream of timely news, events, and life updates. It’s now yet another competitor to the growing number of messaging applications that are vying for our attention and a place front and center on our mobile devices.

Group direct messages add yet another layer of interaction, but might lead to people occasionally foregoing tweeting publicly to chat with friends. Twitter canoes, while often annoying, can be fun to jump into. They also give outsiders a little insight into the conversations friends and followers are having on Twitter. Adding group direct messages means these group conversations between friends can now be had privately—no more FOMO from followers when you’re planning to get burritos with a bunch of friends.

While you’re chatting with friends privately in group direct messages, you’ll also be able to capture and share video right from the Twitter application. The company’s second update rolling out on Tuesday is available for iOS and Android.

The new feature lets you take up to 30 seconds of video and edit it directly in the application. iPhone users will be able to import videos from their camera roll, with support for this feature coming to Android soon.

When your friend shares a video to Twitter, you’ll be able to see a thumbnail preview, and click on it if you want to watch it.

Twitter chose interesting timing on its video service—30 seconds is more than Instagram, at 15 seconds, and ditto the Twitter-owned Vine. But since Twitter already has the six-second video service, rolling out a longer option, which can include more comprehensive information about news or events, makes sense for the real-time social network.

Group direct messages are available on iOS, Android, Twitter.com, and TweetDeck, and the feature is rolling out to all users in the coming days. Video is coming soon to both iOS and Android, so you’ll be able to get to play with both new features shortly.

This story has been updated for clarity.