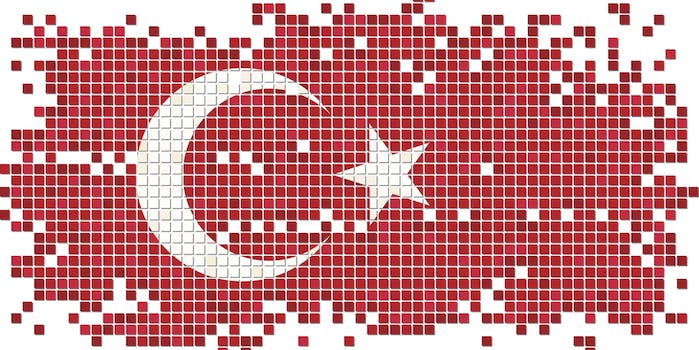 Twitter's censorship rules appear to have loosened after the July 15 coup attempt.

Twitter has made a name for itself as a champion of free speech around the world. Following the recent coup attempt in Turkey, however, something has changed in the way it approaches censorship, and the company refuses to talk about it.

Twitter’s policy toward Turkey—limited “censoring to avoid a ban”—puts the company between a rock and a hard place: If Twitter does not comply with Turkey’s ever-increasing censorship requests to silence dissidents, it may face a nationwide ban that silences everyone. But this bullying has just gained more ground against press freedoms in Turkey with Twitter censoring journalists’ accounts that Turkish government wants banned.

Twitter’s history of censorship in Turkey

On March 20, 2014, 10 days before the Turkish local elections, the government of President Recep Tayyip Erdoğan banned Twitter nationwide to stop the spread of leaked evidence of the corruption network that included Erdoğan family and his cabinet ministers. Six days into the ban, Twitter decided to use its country withheld content tool (banning access to an account or a tweet from a specific country) for the first time in Turkey. The first withheld account, @oyyokhirsiza (translation: “no votes to the thief”), was being prosecuted in Turkey for accusing a former government minister for corruption and was later cleared in an upper court.

Still, Erdoğan’s party gained a victory in that election, and Twitter’s country-withheld policy remained in place. With a foot in the door, Turkey abused the policy to censor critical tweets en masse, banned one journalists’ account three times, and even managed to hide six tweets of a newspaper for sharing documents about Turkey’s arms shipment to Syrian opposition.

In the two years since then, Turkey became the world champion in Twitter censorship by banning 618 accounts and 5,826 tweets. The Electronic Frontier Foundation, a leading digital rights group, has accused Twitter (and Facebook) of being “complicit in Turkey’s long history of silencing dissent.”

However, despite the increasing pressure from the Turkish government, Twitter was also sparing many journalists from censorship by only partially implementing Turkish courts’ blanket requests to withhold accounts. The first known case, in January 2015, was the censorship of only those six tweets from the daily newspaper @BirGun_Gazetesi, while the court ordered to ban the account completely. In June 2015, Twitter’s Public Policy Director for Europe, Sinéad McSweeney, met with Turkish Press Council “to combat the suspension of journalists’ Twitter accounts.”

In the summer of 2015, when the armed conflict between Kurdish militia group PKK and the Turkish army intensified, the Turkish government sent out massive requests to internet service providers to ban Kurdish outlets all together. The government also sent requests to Twitter to remove hundreds of tweets. While Turkish ISPs fully abided by the court orders, Twitter did not, at least not fully. The company was removing most of pro-Kurdish accounts—and was heavily criticized for it by human rights defenders—but it stopped when it came to journalists. It is unclear which criteria Twitter had used to define a journalist. Many were unverified accounts, and Twitter did not comment on this part of its policy, but the spared accounts evidently followed a pattern.

Among the more significant, Kurdish local media outlet @yuksekovahaber, leftist daily @evrenselgzt, reporter @hayriituncc, and as recent as June 30 of this year, independent news outlet @jiyaninsesi were among the accounts saved by Twitter from the long lists of accounts that Turkey requested to ban.

One coup attempt later, this is all changing.

Based on two recent court orders issued after the July 15 coup attempt, on July 23 and on July 25, Twitter withheld at least 12 journalists’ and three media outlets’ accounts; three of the censored accounts are verified. A quick tally of recently censored journalists lists as many as 26 accounts, half of which are verified.

The majority of the censored accounts are the former reporters and editors of the Zaman Amerika daily, an outlet close to Gülen movement, which Erdoğan blames for the coup attempt. However, the list also includes a Kurdish journalist, @AmedDicleeT, who has 186,000 followers, Kurdish daily @ozgurgundemweb1, and even the official account of the Kurdish news agency @DicleHaberAjans.

However, Twitter’s censorship criteria is still unclear, as these accounts do not complete the full list of journalist accounts that Turkey wants censored in these two court orders. Two other journalists who worked at Gülen-affiliated outlets, @tuncayopcin and @EmreUslu, are listed in the order but are not censored, nor is reporter @RifatDogann who works for the independent outlet @Dikencomtr.

Beyond the journalist accounts, Twitter seem to protect its international credibility by not censoring Amnesty’s Turkey researcher @andrewegardner, whose account was listed in the first court order. However, Turkish NBA player @Enes_Kanter, who is listed in the second court order, is censored by Twitter merely for his support of Gülen.

Twitter is currently under serious criticism for doing not enough to prevent online harassment—except for President Obama—due to its commitments to free speech. But the findings from Turkey shows that the company is doing the exact opposite by limiting free speech in Turkey and aiding President Erdoğan’s campaign to silence political opposition.