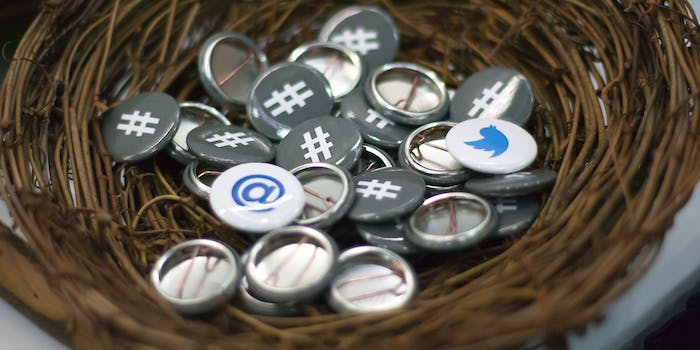 Twitter is testing a ‘buy’ button with a select group of U.S. based users that will let you purchase items that appear in tweets, the company announced today. Twitter says the feature, which is available on its Android and iOS apps, will continue to add users over time.

As it continues to look for ways to monetize its service, Twitter has made the inevitable step into commerce. The buy button is set up to work seamlessly—tap on the button, which will show itself in eligible tweets, and the next screen will give you additional product details and allow you to enter your shipping and payment information. That information is stored on your account after your first purchase for easier future transactions, but you can remove it.

To start off, Twitter has partnered with Fancy, Gumroad, Stripe, and Musictoday as platforms for the service. If you have access to the buy button, you will be able to purchase items from artists, companies, and organizations including Burberry, Home Depot, (RED), DonorsChoose, GLAAD, Demi Lovato, Eminem, Pharrell, Hunter Hayes, Brad Paisley, and Panic! at the Disco.

Twitter has been relying on ads to generate the majority of its revenue over the last few years, but e-commerce could solve that problem. Twitter has flourished as an outlet for live events, from TV and award shows to sporting events. With the ability to offer items for purchase directly through the service, Twitter has a chance to monetize these gatherings, without being intrusive or disrupting the event in question for users.

While Twitter has gotten backlash for changing features on the fly, the buy button could garner praise from users. Twitter may not catch up with Facebook‘s number of users, but it has carved out its own space as the Internet’s front page for news and conversations. Adding commerce—if it’s done it right—can elevate the service from just a great place to be during events to a place where you may come across a great impulse buy any time of day.

Photo via Garrett Heath/Flickr (CC BY 2.0)