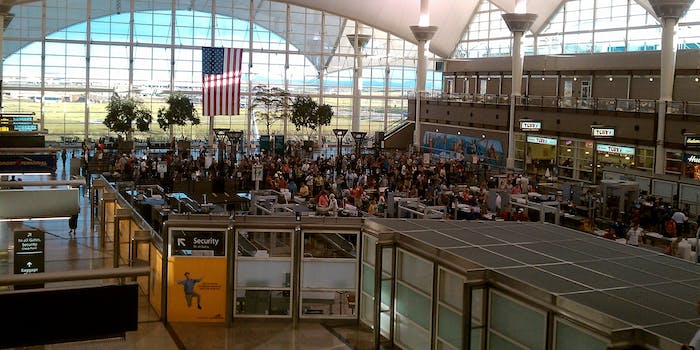 Coming to America? Not with a dead phone, TSA says

Flying to the U.S.? Don't forget your charger.

If you’re planning on flying to America, make sure your electronic devices are charged, or you may not make your flight. New regulations put forth by the TSA will not allow dead devices to be permitted aboard direct flights to the U.S.

“During the security examination, officers may also ask that owners power up some devices, including cell phones. Powerless devices will not be permitted onboard the aircraft. The traveler may also undergo additional screening,” the TSA said in a statement, after being called on to add extra security measures for U.S.-bound flights by Homeland Security Secretary Jeh Johnson last week.

According to NBCNews, U.S. officials specifically mentioned smartphones including the iPhone and Samsung Galaxy devices as targets for extra screening on inbound flights from Europe, Africa, and the Middle East.

While the TSA does not conduct screenings abroad, they can set the protocols for direct flights to the U.S. The TSA won’t name the airports where this policy may be enforced, with a TSA official telling the AP U.S. officials don’t want to give that information to “to those who would do us harm.”

If there was ever a case for Apple, Samsung and other smartphone makers to build phones with better battery life, outside of sheer public happiness, this would be it. Until that happens, don’t forget your charger.