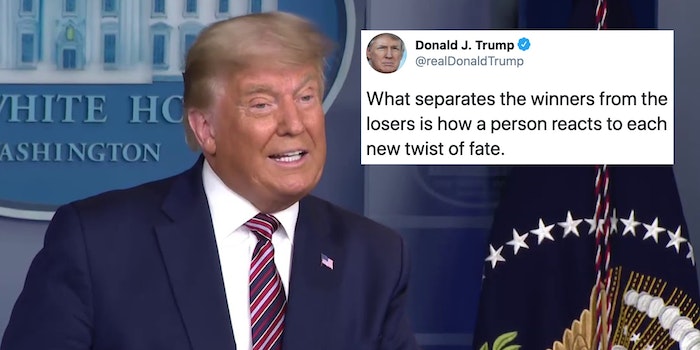 'He literally has a a hypocritical tweet for every situation.'

Yet another one of President Donald Trump’s old tweets has come back to haunt him as Americans eagerly await the results of the 2020 election.