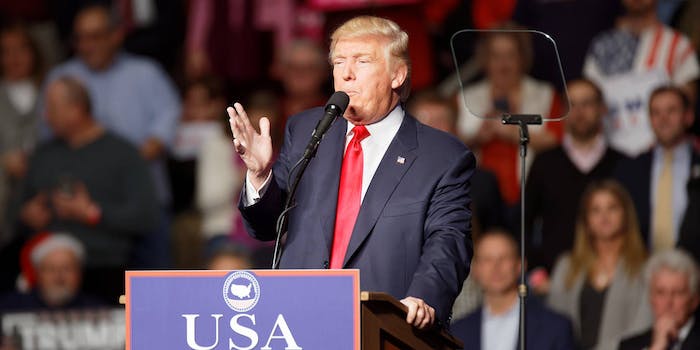 We could all use more cute cats in our lives.

For a few fleeting, cuddly hours, the next president of the United States subscribed to a Twitter account dedicated to adorable cats.

The addition would not be notable were it not for the fact that Trump follows a mere 42 accounts on the social network—a list comprising mostly family members, hotel properties, business associates, and conservative news outlets and commentators—and has a history of inexplicably retweeting random people on the platform, a trend Saturday Night Live recently spoofed.

But Trump didn’t stick around for long. He unfollowed the account without even waiting to see the punchline to this joke the @EmrgencyKittens account tried to slide into his DMs.

It’s a shame really. We could all use more cute cats in our lives. Here are a few more, just for good measure.