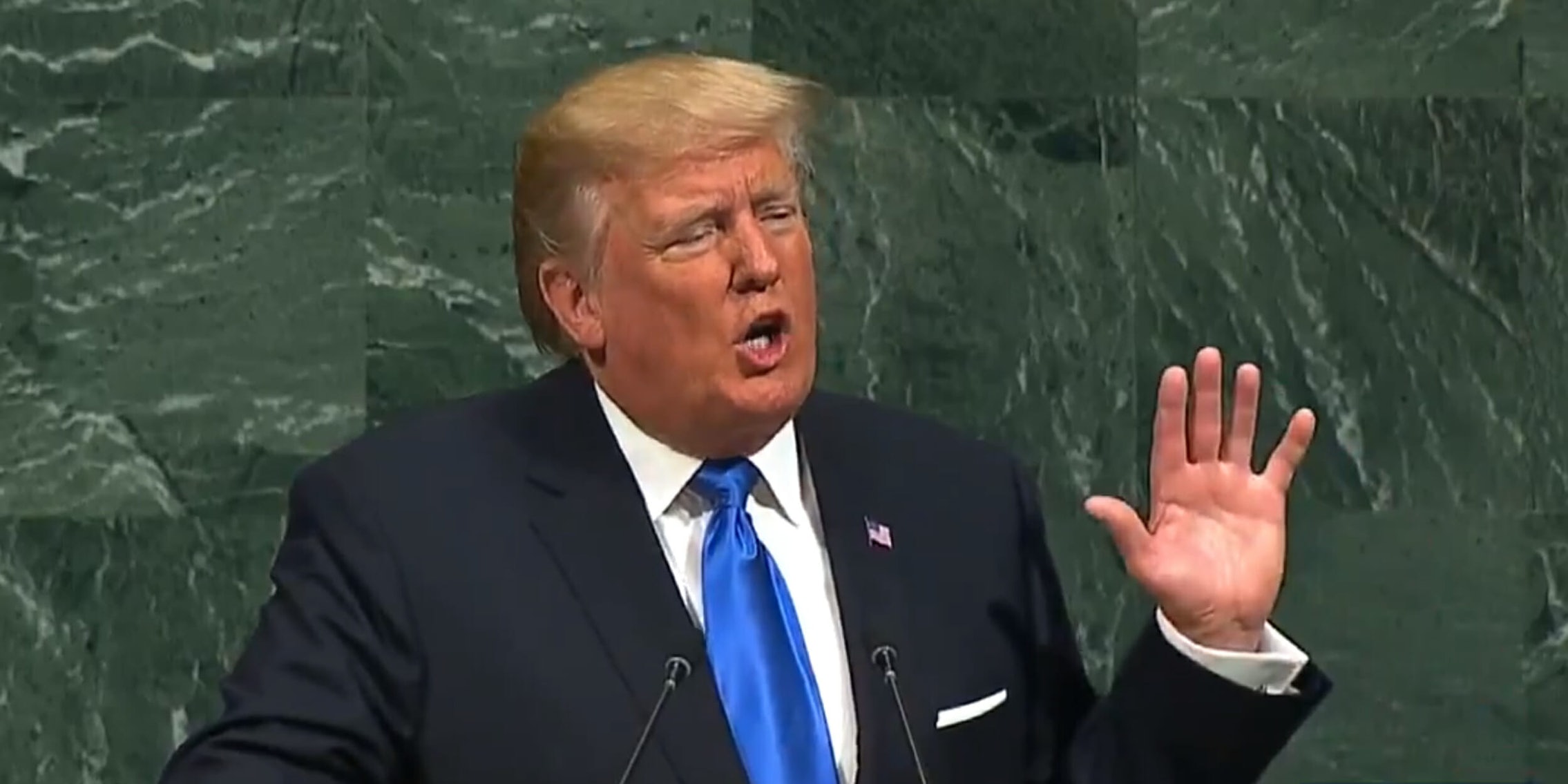 President Donald Trump told the United Nations General Assembly on Tuesday morning that the United States would “totally destroy” North Korea if forced to defend itself or its allies.

The remarks were part of a sweeping declaration Trump made in front of the Assembly in which the president made clear the United States would be pushing an “America first” policy under his administration.

However, his North Korea remarks were the most incendiary moments of his speech. Trump labeled the country a “band of criminals” that “threatens the entire world with unthinkable loss of life.” He once again referred to leader Kim Jong-un as “Rocket Man.”

“If the righteous many don’t confront the wicked few, then evil will triumph,” he said.

Pres. Trump at U.N.: “We will have no choice but to totally destroy North Korea. Rocket Man is on a suicide mission” https://t.co/rGswYlXlxJ

Trump’s remarks were swiftly condemned both by policy experts in the U.S.

“Trump’s bombastic threat to destroy North Korea and his refusal to present any positive pathways forward on the many global challenges we face are severe disappointments,” she said. “He aims to unify the world through tactics of intimidation, but in reality he only further isolates the United States.”

The president of the Council on Foreign Relations, a nonpartisan organization that analyzes foreign policy, also criticized Trump’s remarks.

“Threats vs N Korea, ridiculing its leader more likely to persuade NK to increase its nuclear weapons & missiles than limit them/give them up,” Richard N. Haass wrote on Twitter.

The remarks at the United Nations are just the latest in what has become a weeks-long war of words between Trump and the secluded nation, raising tensions and fears of North Korea expanding its nuclear program.

Trump has threatened to reign down “fire and fury” against the country and several days later said the U.S. was “locked and loaded” in advance of any threat. In response North Korea threatened to bomb Guam, prompting the island to issue a warning to residents.