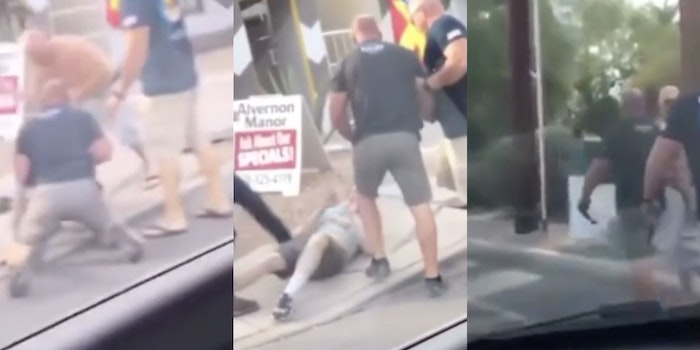 There's no audio, but the overlayed caption reads, 'Trump's America.'