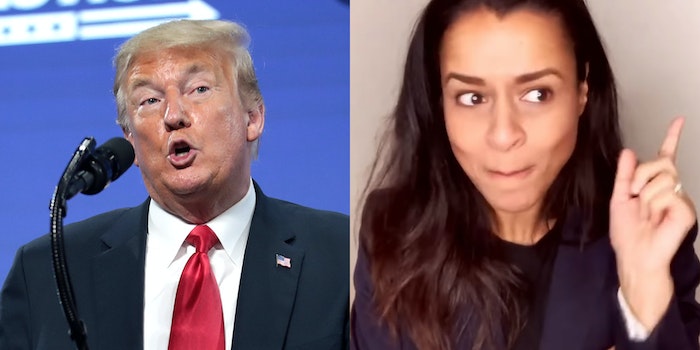 Cooper's videos are decidedly not 'positive' in portraying Trump.

President Donald Trump was asked whether he has seen videos by Sarah Cooper, the viral comedian whose lip-syncing of the president has become extremely popular—and he wanted to know if they were “positive.”