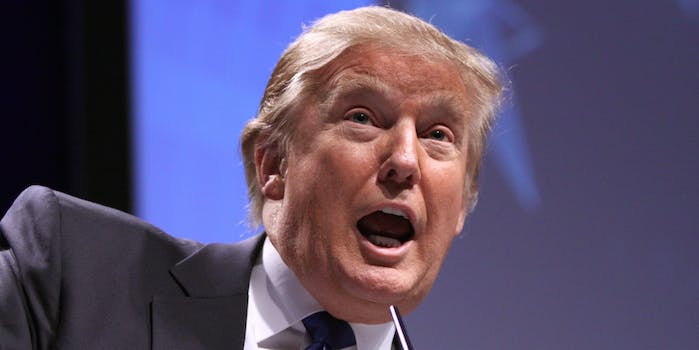 The saga of the unverified Russia documents continues.

President-elect Donald Trump on Thursday confirmed that the head of the United States intelligence community called him to denounce an explosive but unverified dossier containing allegations about America’s incoming president.

Director of National Intelligence James Clapper on Wednesday evening released a statement saying he had spoken with Trump regarding the 35-page dossier, published by BuzzFeed News on Tuesday, that claims Russia has compromised Trump with damaging information. CNN reported earlier on Tuesday that U.S. intelligence briefed Trump and President Barack Obama on the dossier.

Clapper’s statement follows Trump’s accusations at a press conference on Wednesday that members of the intelligence community consistently leaked information about him. Clapper said he “expressed my profound dismay at the leaks” but assured Trump that “this document is not a U.S. Intelligence Community product and that I do not believe the leaks came from within the IC.” (Emphasis his.)

James Clapper called me yesterday to denounce the false and fictitious report that was illegally circulated. Made up, phony facts.Too bad!

The information in the documents has been disputed, and the claims have not been verified. The documents were reportedly compiled by former British intelligence operative Christopher Steele as part of opposition research into Trump. Steele is now director of Orbis, a corporate intelligence company.

The research was reportedly originally ordered by Republican opponents of Trump, who denounced the documents as “fake news” compiled by his “crooked opponents.”

During Wednesday’s press conference, Trump refused to answer a question from CNN reporter Jim Acosta because, he said, “You are fake news.” While BuzzFeed has been criticized for publishing the documents, which company noted were unverified, Clapper appeared to at least partially confirm CNN’s report, saying of the documents, “part of our obligation is to ensure that policymakers are provided with the fullest possible picture of any matters that might affect national security.”

Trump reiterated his insult of CNN as “fake news” Thursday morning a few moments after tweeting that Americans should buy L.L. Bean products.

.@CNN is in a total meltdown with their FAKE NEWS because their ratings are tanking since election and their credibility will soon be gone!

CNN has consistently stood by its reporting on the documents.