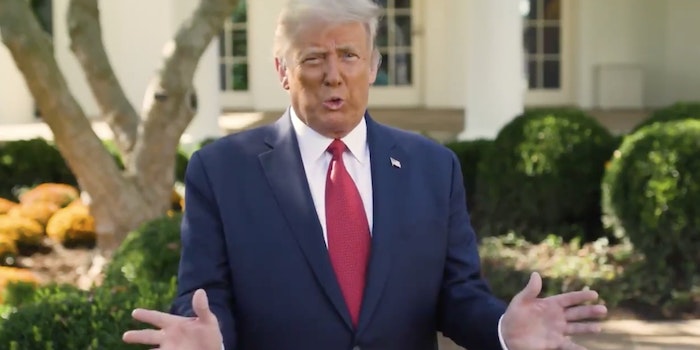 The president claims he was 'cured' of COVID-19, but the internet isn't buying it.

President Donald Trump on Wednesday claimed that an experimental antibody treatment “cured” him of the coronavirus, leading many to question the actual state of Trump’s health.