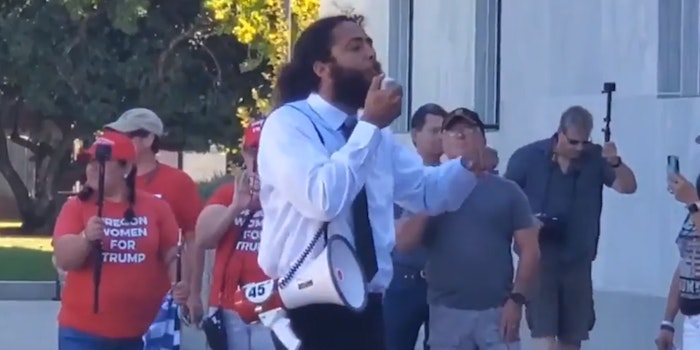 ‘All Lives Matter’ rally spokesman calls for Democrats to be killed

Some saw the speech as an incitement to violence.

Footage taken at a rally for President Donald Trump in Salem, Oregon shows a speaker equating LGBTQ rights with pedophilia and calling for Democrats to be shot in the street.