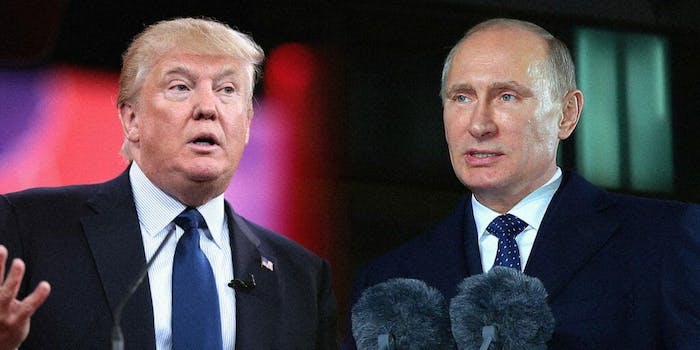 Trump was reportedly briefed on plan to meet Putin, didn’t say no

President Donald Trump did not dismiss the notion of meeting with Russian President Vladimir Putin when it was brought up by George Papadopoulos, the former campaign foreign policy adviser who recently admitted he lied to the FBI about his contacts with people with connections to the Russian government, according to a new report.

Trump did not dismiss the suggestion immediately when brought up by Papadopoulos at a March 2016 meeting, CNN reports.