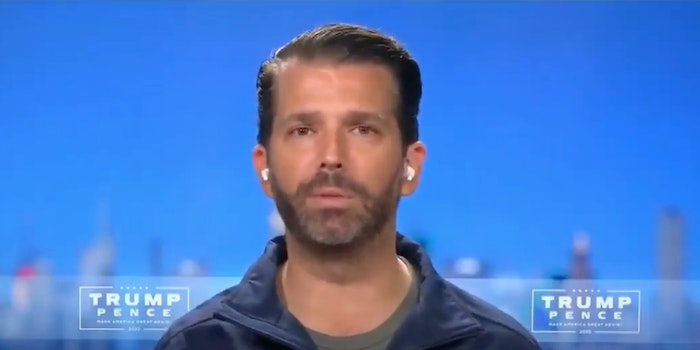 The internet is once again linking Trump Jr.'s allegedly strange behavior to drug use.

Did Donald Trump Jr. cry during a recent appearance on Fox News? That’s what users online believe after footage of the interview went viral over the weekend.