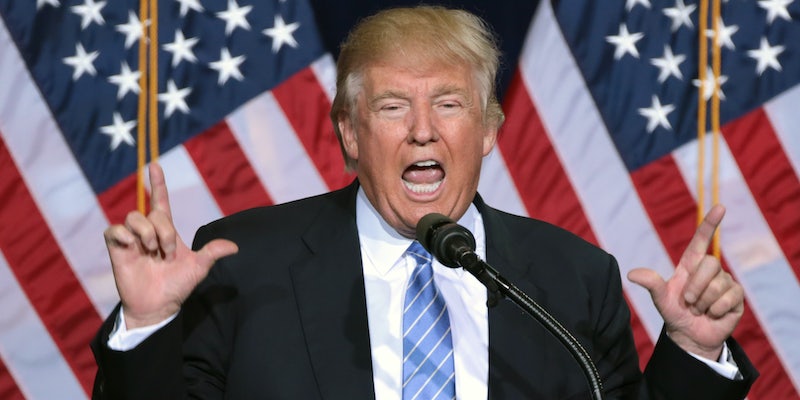 Trump declared he won the 2020 election about an hour before it was called for Biden.

President Donald Trump declared that he won the 2020 presidential election about an hour before it was called in former Vice President Joe Biden’s favor.

“I WON THIS ELECTION, BY A LOT!” Trump tweeted at around 9:30am CT on Saturday.

While many of Trump’s tweets have aged poorly, many online are pointing out that none have aged poorly quicker than this one. At around 10:30am CT, CNN called the race for Biden in Pennsylvania, giving him the 20 Electoral College votes he needed to become the president-elect. So, Trump’s premature declaration was ill-timed, to say the least. “Never has a tweet aged more poorly, more quickly,” podcast host Brian Tyler Cohen noted, with many others echoing similar sentiments.

Trump’s tweet has since racked up about half a million quote-tweets, most of which are of users roasting him. “This you?” one questioned, pointing to the electoral map featuring Biden’s win.

“Me when it’s opposite day,” another quipped.

One user even compared the tweet to when Hillary Clinton infamously wished herself a happy birthday in 2016. She referred to herself as the “future president” at the time.