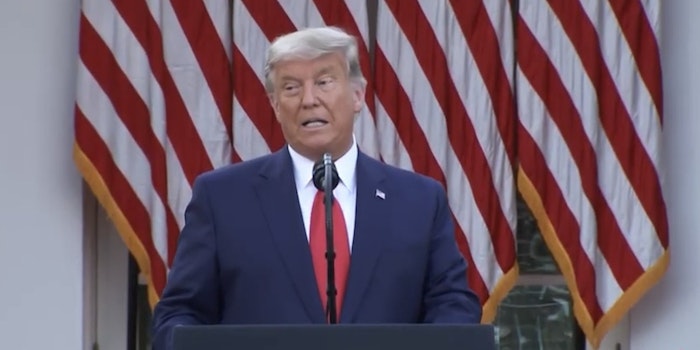 'Is it just me or has this guy gone grey in a week?'

Internet users were scratching their heads on Friday after a viral video appeared to show President Donald Trump with gray hair.