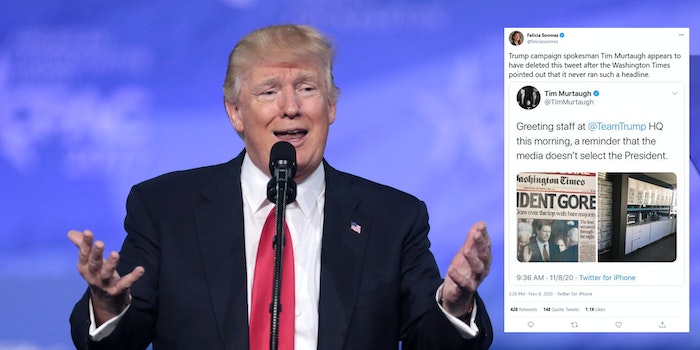 It was quickly pointed out that the front page Tim Murtaugh tweeted wasn't real.

The communications manager for President Donald Trump‘s campaign tried to continue the narrative that the “media doesn’t select the president” by tweeting a photo of a newspaper declaring Al Gore had won the presidency back in 2000.