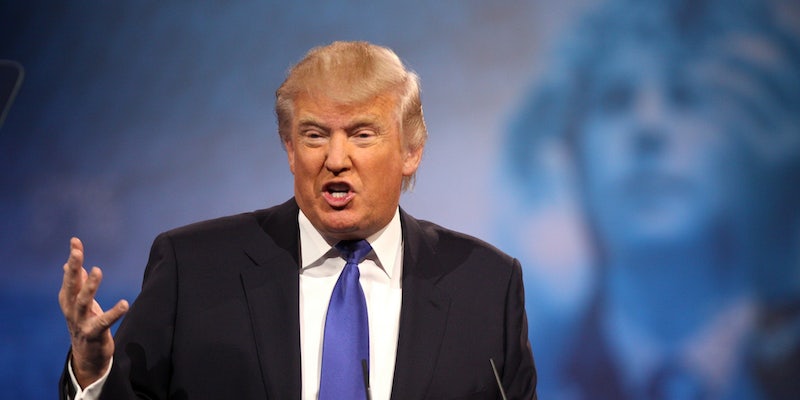 You can almost smell his rage.

President-elect Donald Trump on Tuesday evening tweeted a response to reports detailing unverified documents that claim Russia has compromised Trump with damning information about him.

Trump also retweeted Michael Cohen, executive vice president of the Trump Organization and Trump’s personal counsel, who responded to the report’s unverified claim that a Michael Cohen met with Russian officials in Prague in August 2016.

A cache of documents, peddled to reporters for over a week, first broke into the media via CNN, which refused to publish the documents but reported on their contents. BuzzFeed News later published the documents, which contain a slew of unverified claims, to allow Americans to “make up their own minds about the allegations.” Trump later tweeted a story criticizing the BuzzFeed report.

The documents, reportedly compiled by a former operative in British intelligence, make a range of uncorroborated allegations, including unsubstantiated claims that Trump and his team coordinated with Russia ahead of the U.S. presidential election and that the president-elect partook in depraved sex acts with prostitutes at a Moscow hotel. The report alleges that Rusian authorities gathered information they can use to “blackmail” Trump.

U.S. intelligence agencies have accused Russian President Vladimir Putin of ordering cyberattacks and propaganda campaigns against Trump’s Democratic opponents in an attempt to hurt Hillary Clinton and help him win the presidential election.

The FBI is reportedly investigating the claims in the unverified report.

Update 9am CT, Jan. 13: CNN reports that the unverified dossier references a different Michael Cohen than the attorney involved in the Trump Organization.