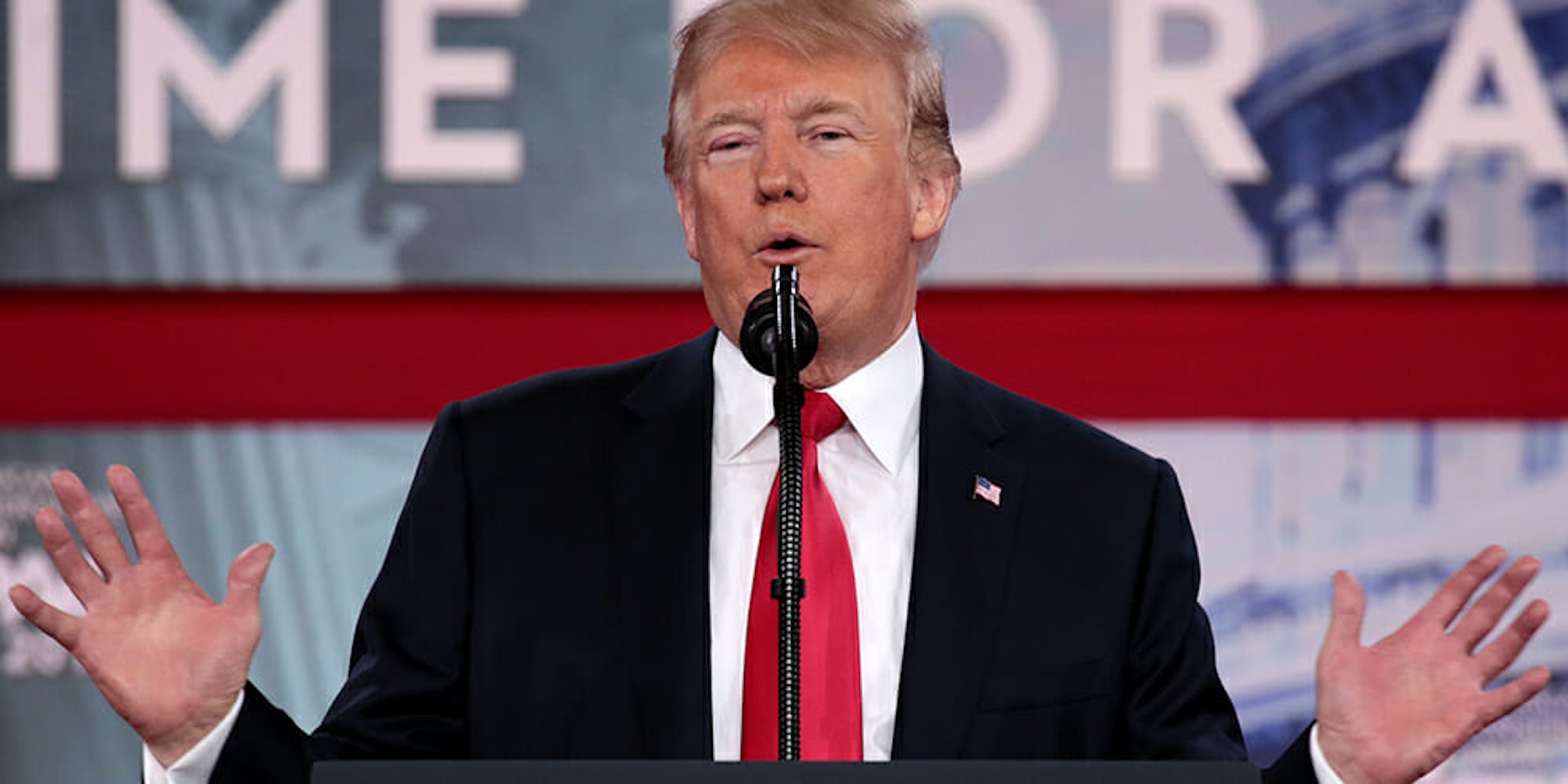 Trump says he didn’t know about $130,000 payment to Stormy Daniels

'You’ll have to ask Michael Cohen.'

“No,” Trump told a reporter who asked if he knew about the payment aboard Air Force One, the Hill reported.

Cohen has said that he paid $130,000 out of his own pocket in hush money to Daniels, who reportedly had an affair with Trump in 2006. Daniels is now suing Trump to negate their legal settlement.

Immediately following Trump’s statement, Daniels’ lawyer Michael Avenatti told the New York Times, “Our case just got that much better.” Avenatti also said in a tweet that his team looks forward to “testing the truthfulness of Mr. Trump’s feigned lack of knowledge.”

We very much look forward to testing the truthfulness of Mr. Trump's feigned lack of knowledge concerning the $130k payment as stated on Air Force One. As history teaches us, it is one thing to deceive the press and quite another to do so under oath. #searchforthetruth #basta