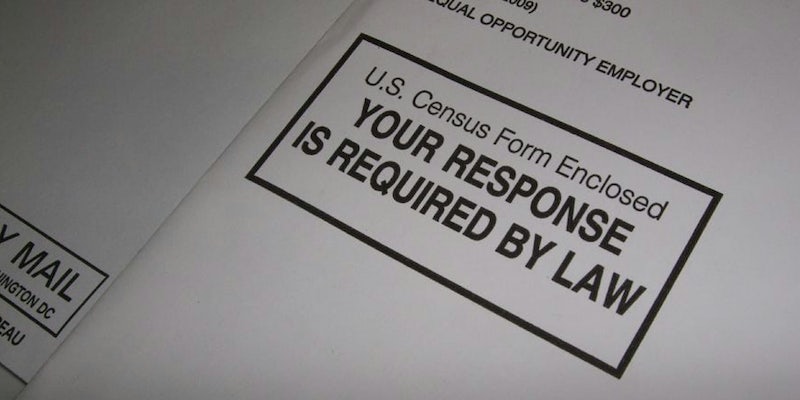 President Donald Trump‘s potential pick to the help lead the U.S. Census Bureau once wrote a book that questioned if “competitive elections” were “bad for America.”

Trump is reportedly leaning toward naming Thomas Brunell, a Texas professor and author of Redistricting and Representation: Why Competitive Elections Are Bad For America, a 2008 book for the deputy director of the Census Bureau, a job that is typically reserved for civil servants with a background in statistics, Politico reports.

Brunell’s book, which argues that the United States should “pack” districts with as many like-minded partisan voters as possible, has fairly dismal reviews on Amazon (40 percent are 1-star reviews), with one reader commenting that the book should be re-titled Destroy a Democracy. Brunell has also testified on more than six occasions on behalf of Republican efforts to redraw congressional districts, according to Politico.

“If true, it signals an effort by the administration to politicize the Census,” Terri Ann Lowenthal, former co-director of the Census Project, told the news outlet. “It’s very troubling.”

The appointment of Brunell—which is not subject to Senate approval—would be the Trump administration’s first concrete efforts to help shape the 2020 census, which will determine which states gain and lose seats in the House of Representatives and electoral votes. The census, which aims to count every living person in the U.S., is also used to allocate federal funding to states.

Republicans have historically tried to put an immigration status question on the census, which Democrats and civil rights groups have warned would discourage people from participating in the count, creating an inaccurate tally.

The lead up to the 2020 Census has already been criticized. In March, a report sent to Congress showed that questions on sexual orientation and gender identity would not be included, and insufficient funding for the monumental task of collecting information an all Americans had led some to believe that Latino and Black citizens could be disproportionately under-counted.

You can read all of Politico‘s report on Brunell here.